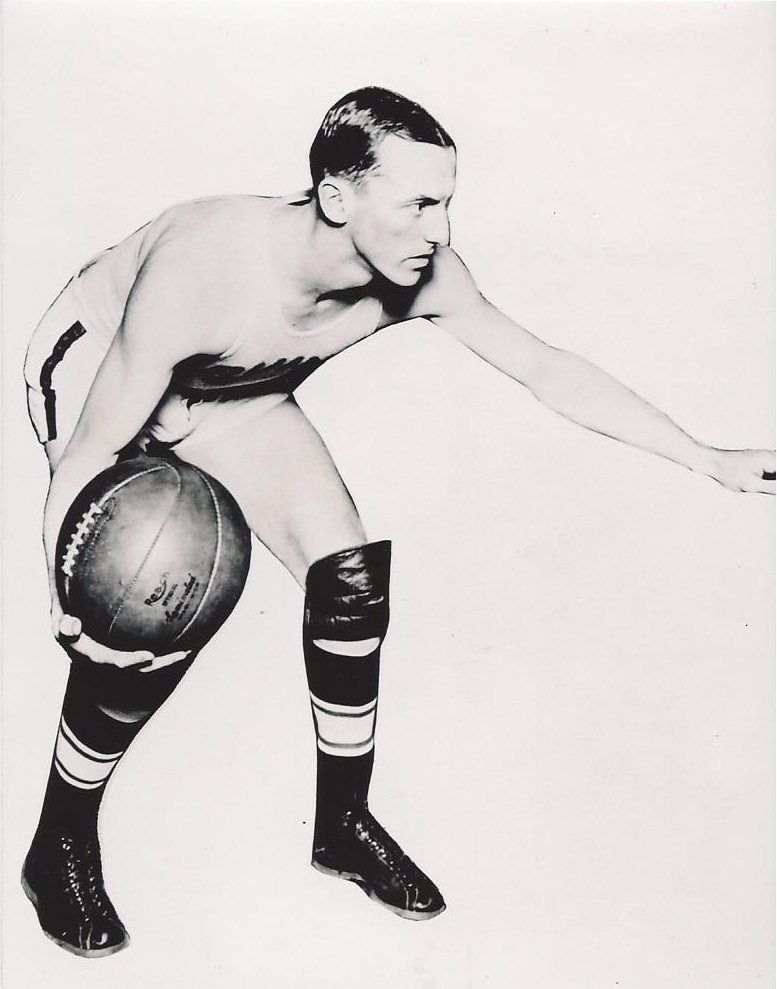 John “Honey” Russell began playing professional basketball while still attending high school in Brooklyn. He first gained prominence in 1921, while playing for the Brooklyn Pros in the fast Metropolitan Basketball League. In 1923, Russell was lured west by Marty Friedman to play for a strong independent team in Cleveland. Friedman became a mentor to the young Russell and tutored him in defensive technique and strategy. Friedman passed the mantle to Russell as the finest defensive player of his generation. The Cleveland Rosenblums entered the American Basketball League in 1925 and captured the inaugural championship of the new league. The next season saw Cleveland win the first half title, but shortly after the beginning of the second half, Russell had a falling out with owner Max Rosenblum and was shipped to Chicago. Russell’s years in Chicago were both fruitful and frustrating. He was in his prime as a player and was named all-league four consecutive times.  Chicago, however,  seldom rose out of the bottom of the pack in the standings. Russell remained among the top professional players through the mid-thirties. He led Trenton to the 1932-33 Eastern Basketball League title and into the ABL finals the following season. Russell began coaching at Seton Hall University in 1936 and built the basketball program into one of the nation’s strongest. From 1938 through 1941 his Seton Hall team won a then-record 43 consecutive games. When Seton Hall dropped its basketball program during World War II, Russell returned to the pro ranks as an ABL player-coach with teams in Brooklyn, New York and Trenton. During the 1945-46 season, Russell coached both Manhattan college and the ABL Trenton Tigers. In 1946, Russell was named the first coach of the Boston Celtics in the newly-formed Basketball Association of America. After two losing seasons in Boston, Russell returned to Seton Hall in 1949. He remained at the New Jersey school for the next eleven seasons. His 1952-53 team won 31 games including 27 consecutive contests, lost only two games and took the NIT championship.  Russell’s overall record in his two tenures at Seton was 294 wins and only 129 losses. After retiring from coaching, Russell remained active in sports as a successful baseball scout for twenty-six years. Russell was elected to the Basketball Hall of Fame in 1964.