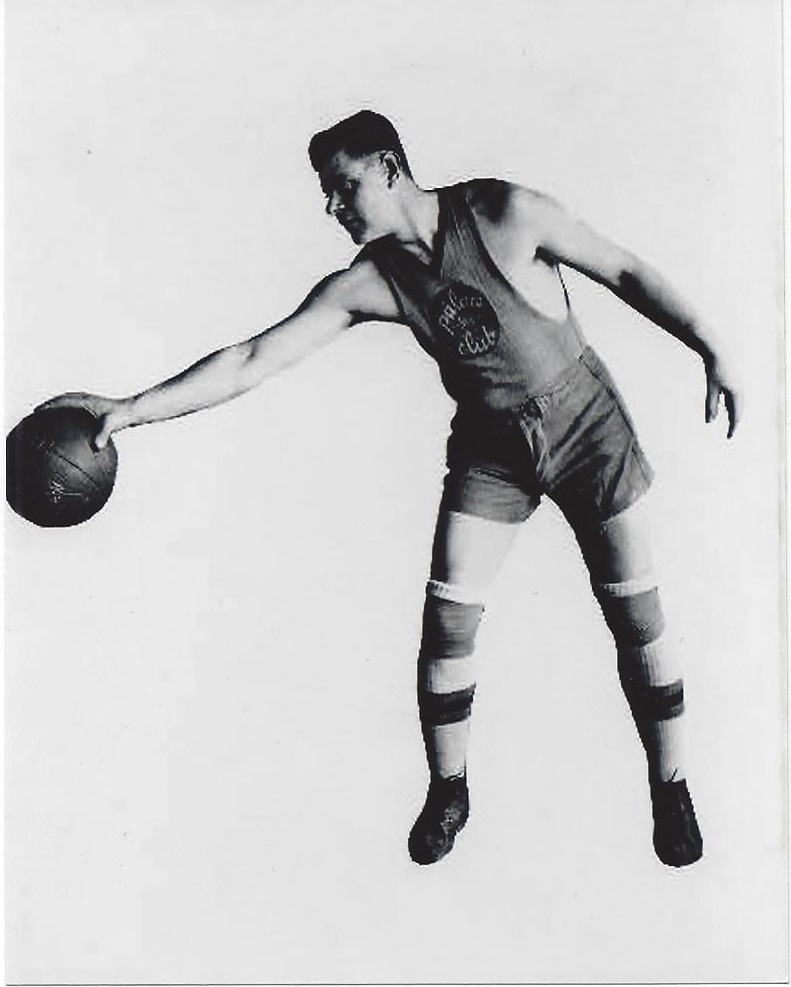 George “Horse” Haggerty was a high school star in Springfield, Massachusetts. Andy Sears, one of pro basketball biggest stars at the time, who lived in nearby Chicopee Falls, recruited the youthful Haggerty to join the Reading Bears of the Eastern Basketball League. Tutored by Sears and teammates  Charley O’Donnell and George Morris, the 6″4″, 225 pound  youngster quickly developed into into a solid  pro player. In his first season, the  Bears won the Eastern Basketball League championship and defeated the Troy Trojans, the New York State Champions, for the World Professional Basketball Championship.  In 1920,  Haggerty  joined the New York Original Celtics, a barnstorming team that would soon become one of the most famous in basketball history.  Light on his feet and very athletic for his size, Haggerty was a superb rebounder and defender. He was never the Celtics’ best player, but was the team’s most popular player.  Haggerty played hard, but he had fun in the process.  Arthur Daley, the famed New York Times columnist, called him the most colorful player in basketball history. Haggerty’s encounters with opposing players , referees and pranks involving his teammates were legendary.  Haggerty remained one of basketball’s biggest attractions for nearly a decade. He was famed for his ability to hold a basketball with one hand,  an unheard of accomplishment in the days when the the ball was much bigger. In 1923, Haggerty signed to be the player-coach of the the Fort Wayne Knights of Columbus, one of the most powerful pro teams in the Midwest. Early in the season, he tore a tendon in his ankle, an injury that would nag him for the rest of his career. Another severe ankle injury ended Haggerty’s career in 1929.  He settled in Reading were he worked as a brick layer and later a business agent for the bricklayers’ union. In 1959, he was elected to the Basketball Hall of Fame as a member of the Original Celtics.