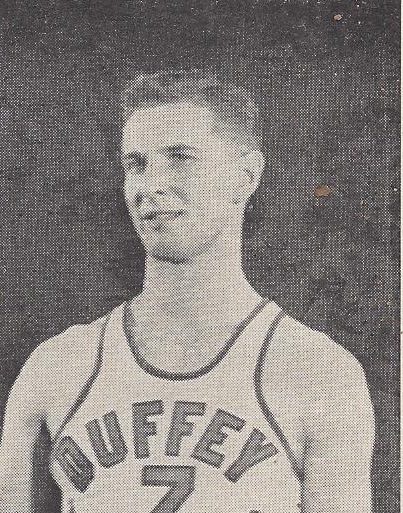 Howie Schultz graduated from Central High School in St. Paul, Minnesota and attended Hamline University in the same city. During his sophomore year, Hamline won the National Association of Intercollegiate Basketball (NAIB) championship and Schultz was named an All-American. While still in college, Schultz started to play minor league professional baseball. Schultz left school in the spring of 1943 to devote full time to baseball. He made his major league debut in August of 1943 with the Brooklyn Dodgers. Schultz played major league baseball for six seasons (1943 -1948). Schultz started playing professional basketball in 1946 with the Anderson Packers of the National Basketball League. Schultz was player-coach of the 49-50 Packers until he was traded at midseason to the Fort Wayne Pistons. Schultz won two National Basketball Association championships in the early fifties as a member of the Minneapolis Lakers. Starting in the  the mid-sixties, Schultz  was the head basketball coach at Hamline University for seven years..