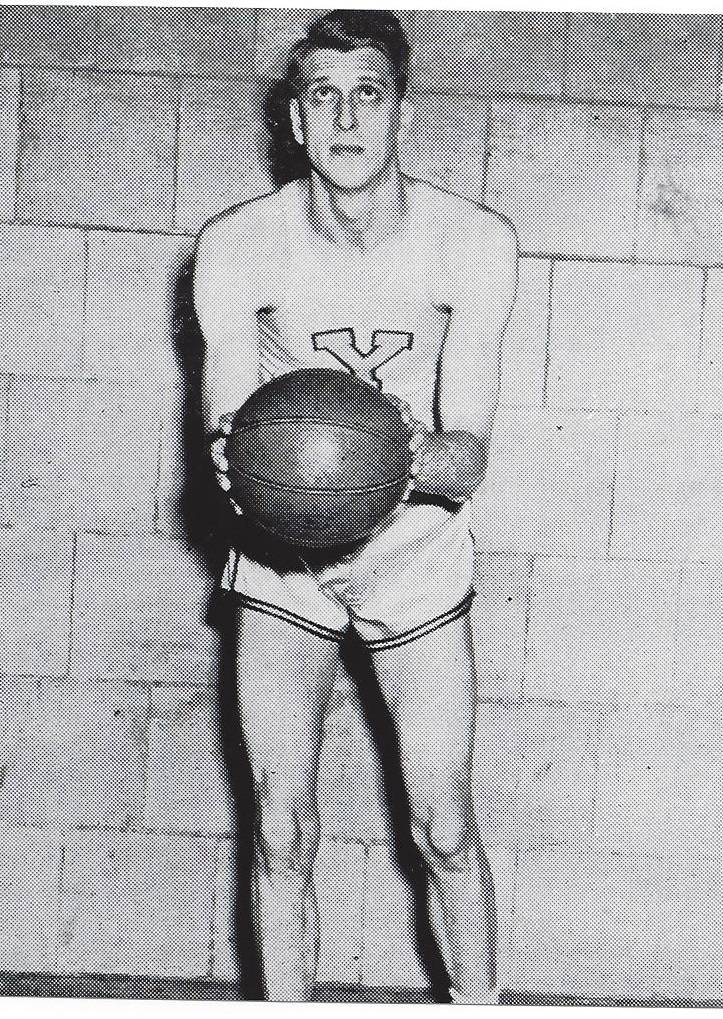 Pierre “Huck” Hartman was at standout basketball player at New Kensington High School in Pennsylvania and  a three year starter at Washington and Jefferson College. After a  year of independent ball with the Pittsburgh Corbetts, Hartman signed for the 1944-45 season with the Pittsburgh Raiders of the National Basketball League. Hartman was impressive in his rookie season, leading the team in scoring.  After Pittsburgh withdrew from the NBL prior to the 1945-46 season, Huckman signed with Youngstown where he again stood out for his fine play.  Just two weeks after the completion of the season, Hartman fell ill with pneumonia and died unexpectedly. He was just 26 years old.