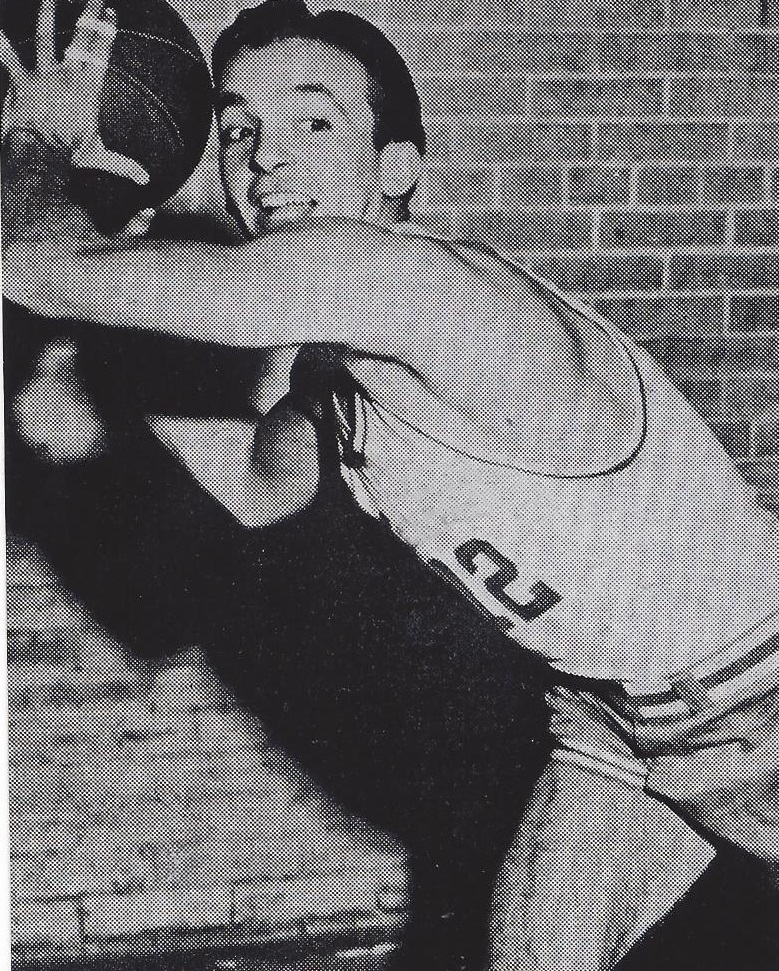 Hy Gotkin starred in basketball at Jefferson High School in Brooklyn. Gotkin attended nearby St.John’s University where he became one of the most acclaimed stars in the country. Gotkin was one of the best long range shooters in college basketball, but where  he really excelled was  with his deft dribbing and  dazzling passing. Gotkin led St.John’s to back to back National Invitaional Tournament championships in 1943 and 1944 and  in 1945 was named an All-American. In the fall of 1945, Gotkin turned professional with the New York Gothams of the American basketball League, but he had difficulty adjusting to the rougher pro game. In 1946, Gotkin signed to play for the the New York Knickerbockers of the newly-formed Basketball Association of American, but was released prior to the regular season. Gotkin spent the rest of the season with the Eizabeth Braves in the American Basketball League, in what would turn out to be his only full season of professional basketball.