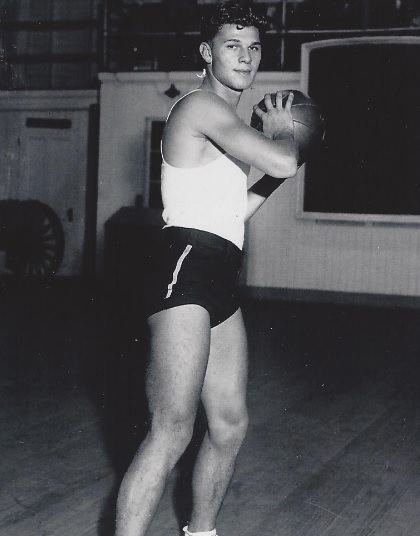 Harold “Hy” Lefft was a basketball star at Brooklyn Boys High School and played three years of varsity basketball at City College of New York. Left played professional basketball for three seasons for  the Brooklyn Jewish Center team. In 1934, Left retired from basketball to concentrate on his studies and went on to receive his medical degree at the University of Basel in 1936. Lefft  served as an army combat physician on Guadalcanal and  in New Guinea during  World War II