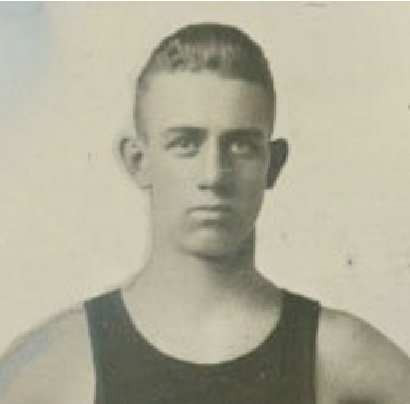 Frank “Ike”  Mahoney was a legendary sports figure in Nebraska throughout the 1920’s. Mahoney captained the football, basketball and baseball teams at Omaha High School of Commerce. He attended Creighton University where he quarterbacked the football team and was the star of the basketball that had a 58-14 record during his four years in the team. Mahoney played for the Chicago Cardinals in the National Football League from 1925 until 1931 and basketball for the Chicago Bruins in the American Basketball League from 1925 through 1927.