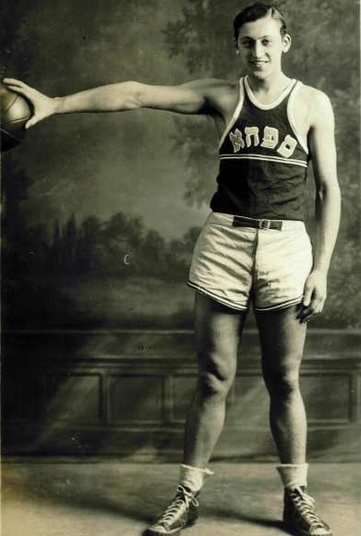 Inky Lautman joined the Philadelphia SPHAS in 1933 at the of age  of 19 and remained with the famed team for the next fourteen seasons. During his tenure, the SPHAS won seven American Basketball League titles and were the only legitimate rival to the New York Renaissance for the mythical title of the best pro team of the 1930s. The SPHAS’ success (like that of the Celtics before them) was based on a highly organized and disciplined style of play. On offense, the SPHAS depended on a rapid series of quick, short passes until a man would get open for a set shot or layup. Lautman was an excellent passer and ball handler. He was an tenacious inside scorer and rebounder who also served as the team’s defensive enforcer. In the long and highly successful history of the SPHAS, Lautman stands out as the most productive player over the longest period of time. He finished in the top ten of ABL scorers on seven occasions. He was a star from his first day with the team in the fall of 1933 until he retired in the spring of 1947.