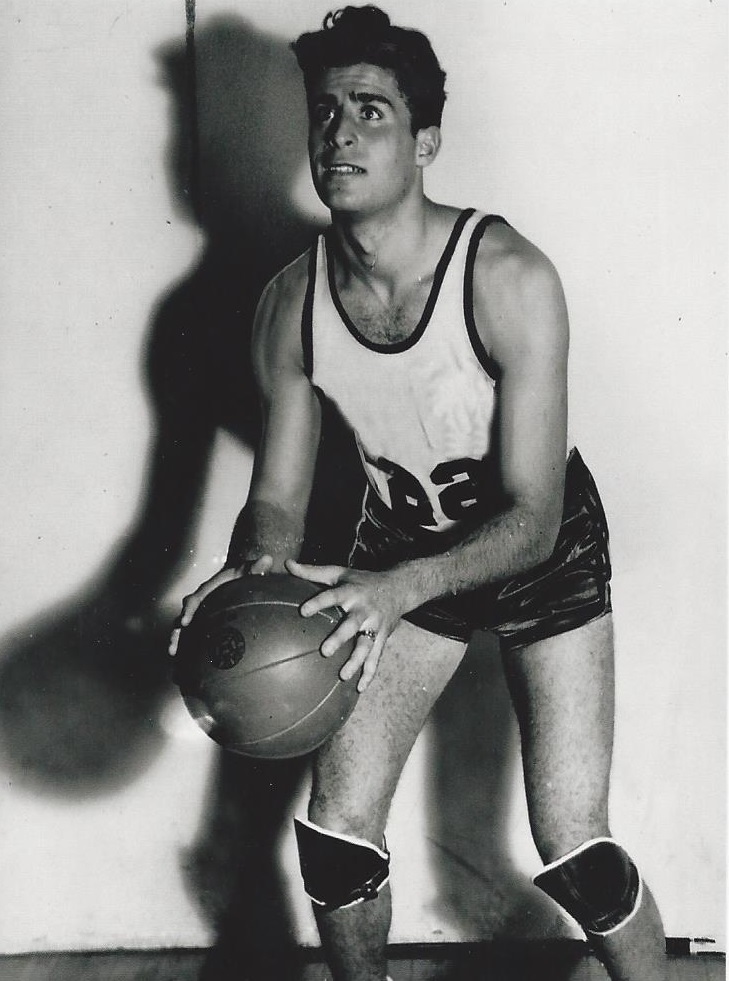 Irv Torgoff graduated from Tilden HS in Brooklyn. He enjoyed an outstanding college career at Long Island University where he was named an All American in his senior year. He was captain of the 1938-39 squad that had a 23-0 record and won the National Invitational Tournament championship. In the fall of 1939, Torgoff signed his first professional contract with the Detroit Eagles of the National Basketball League. The following season, Torgoff signed with the perennially powerful Philadelphia SPHAS. Torgoff immediately won over the tough Philadelphia fans with his tenacious style of play. He was a clutch scorer, determined defender and skilled rebounder. He was also the most versatile athlete on the SPHAS. While he primarily played forward, he was equally capable of playing center or guard. In addition to his athletic skills, Torgoff also quickly acquired a reputation as an “enforcer” when it became necessary to battle some of the league’s tougher players. With Torgoff playing a prominent role, the SPHAS won American Basketball League titles in 1940-41, 1942-43, and 1944-45. In 1946, Torgoff was induced by Red Auerbach to jump to the Washington Caps in the new Basketball Association of America. In two seasons with the Caps, Torgoff developed as a prototype for the famous “sixth man” on Auerbach’s Boston Celtics championship teams in the fifties and sixties.