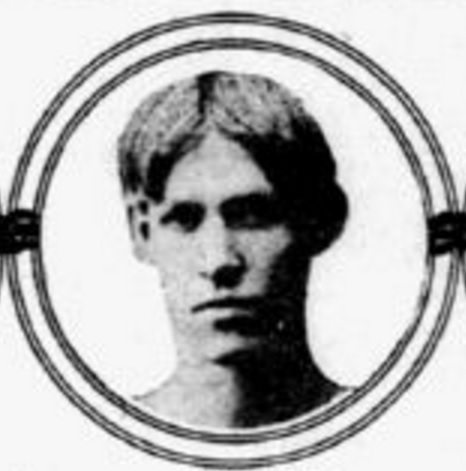 Ivan Loos was a fine  athlete, who for many years played both professional basketball and baseball.  During the first decade of professional basketball,  centers where usually not much taller than other players. Loos, who was a center for much of his career, was just 5’9″. Loos played alongside his younger brother, Billy, for many years.  Loos was a key player on some strong Philadelphia Basketball League teams. His 1905-06 Manayunk squad tied for first place, but lost the playoff for championship. Loos was the center for the 1908  PBL champion Germantown team and was  well on his way to a second consecutive championship with the same team when the PBL  folded midway through 1908-09 season. Loos pitched one inning in one game in 1901 for the Philadelphia Phillies. He retired from professional baseball for  five years and then returned in 1906 and pitched for five more seasons in the minors.