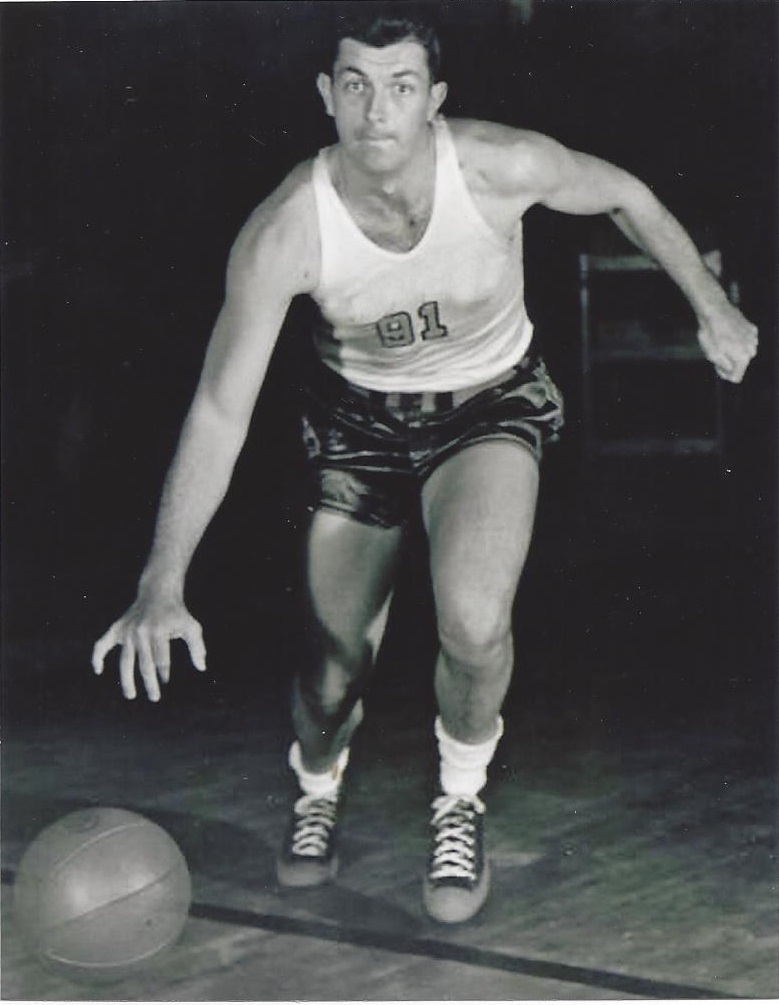 Jack Dwan was an all-city basketball player at Loyola High School  in Chicago. Dwan played college baskrtball for two years before a stretch 0f 33 months in the army during World War II. After his discharge from military service, Dwan returned to Loyola and was the sixth highest scorer in the nation during the 1945-46 season. Dwan signed his first professional contract with the St.Paul Saints of the newly formed professional basketball League of America. Dwan was among the leading scorers in the league when it collapsed a month into the season. Dwan also spent two seasons with the the Minneapolis  Lakers