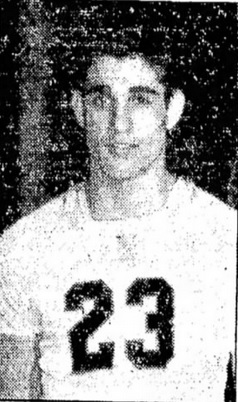 Thw following saga seems like a work of fiction, but it’s all true. Jack Forestieri was Michigan high school All-State selection in both football and basketball during the 1946-47 school year at Benton Harbor High School. In September  of 1946, Forestieri enrolled at Notre DameDame University, made  the football team, but did not attend classes and dropped out of school.  A week later, he he enrolled at Purdue Universty , once  again  he tried out for football, and made the squad and then dropped out of school. Forestieri returned to Benton  Harbor, where he  played basketball in December  for Gardner Brothers, an independent team.  In January of 1947, Forestier  enrolled once again again at Notre Dame , but by February he was back in Benton Harbor, once again  playing  basketball for The Gardner Brothers team. During the 1947-48 season, F0restieri played five  games in the National Basketball League.