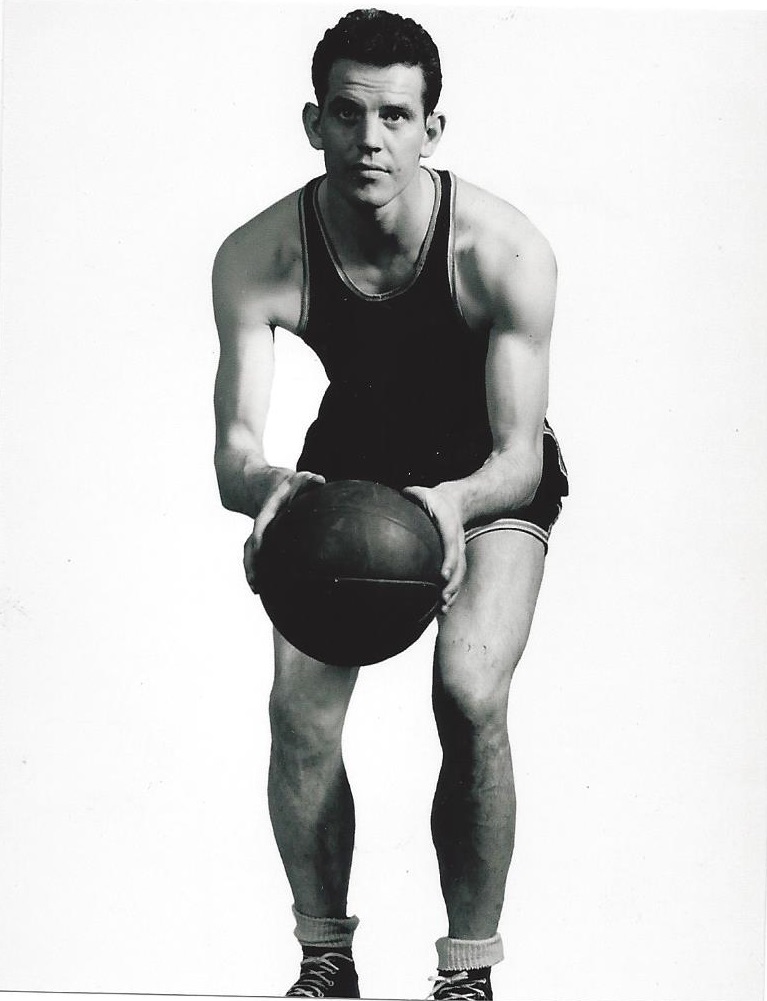 Jack Ozburn graduated from Monmouth (Illinois) College in 1934. He was a standout AAU player for the next three seasons. Ozburn attracted national attention when he led the Kansas City Trails to a third place finish in the 1937 AAU tournament and was named an AAU All- American. Prior to the 1937-38 season, he signed with the Akron Firestone of the National Basketball League. Ozburn teamed with fellow backcourt star Soup Cable to lead the Firestone to consistently fine results over the next four seasons. The team won the NBL Western Division in 1937-38, but lost in the playoffs. The Firestone came back to win the next two NBL championships in 1938-39 and 1939-40. With Cable injured during the 1940-41 season, Ozburn was forced to assume more of the work load. His efforts earned him first-team all-league accolades, but the team dropped to third place. Prior to the 1941-42 season, the Firestone Corporation dropped out of NBL. Ozburn played briefly for the Toledo entry in NBL and a strong independent club in Rochester, New York before he signed up for military service in World War II.