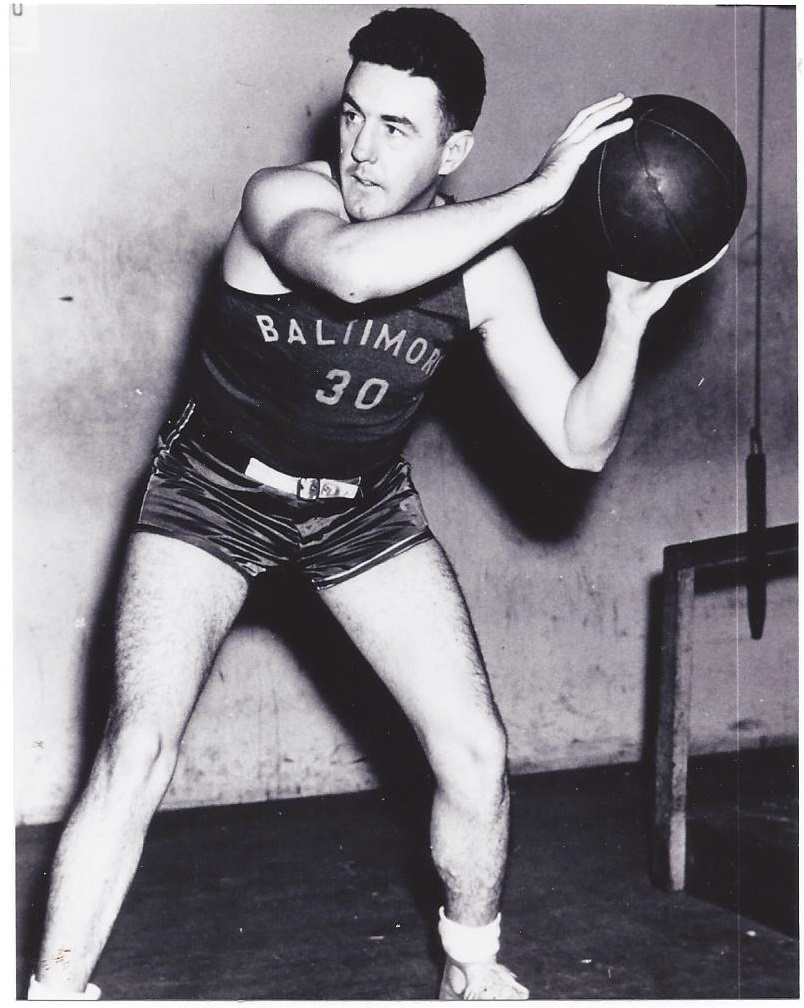 John “Jake” Ahearn was a Brooklyn prep basketball star. Ahearn was a standout freshman basketball player St John’s University in Brooklyn, but a combination of academic and personal issues limited him to just one season of varsity basketball.  Ahearn played professional basketball for the Detroit Eagles for two seasons,   The Eagles won the 1941 World Basketball Tournament in Chicago,  and returned  to the finals in 1942, but lost championship game to Oshkosh All-Stars.  Ahearn served in the U.S. Army Air Corps. during World War II. In 1945, he returned to pro basketball with the Baltimore in the American Basketball League.  Ahearn was key performer as the Bullets won the 1946 ABL championship and followed up with a 31-3 record during the following season.