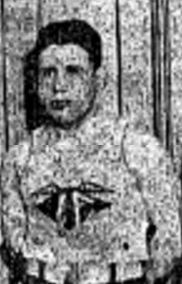 At five-feet three-inches and 150 pounds, Jake Fuller did not look like an athlete. The short, rotund Fuller, however, was a very tough and aggressive  defender with good speed who also was a decent shooter, a rare combination in the early professional game. Fuller grew up on New York City’s Lower East Side in the early twentieth century and began playing basketball at the University Settlement House. He was a  member a 1906 New York City championship midget team nicknamed the “Busy Izzies,” Fuller’s teammates included future professional stars Barney Sedran, Marty Friedman and Ira Streusand. Fuller entered the City College of New York in the fall of 1907 along with Sedran and Streusand, but dropped out after just one year. In 1909, Fuller embarked on a decade-long career in professional basketball when he signed to play with Hudson in the newly-formed Hudson River League. In the fall of 1911, the “Busy Izzies,” including Fuller, Sedran, Friedman and Streusand reunited on the Newburgh team in the HRL. Newburgh was in first place with a 15-9 record when the league folded in late January of 1912. The “diminutive Hercules,” as Fuller was often referred to in the newspapers, was a huge fan favorite throughout his career. Fuller served in the military during World War I. He played on the American Expeditionary Force basketball team in Europe alongside Friedman who captained the team.