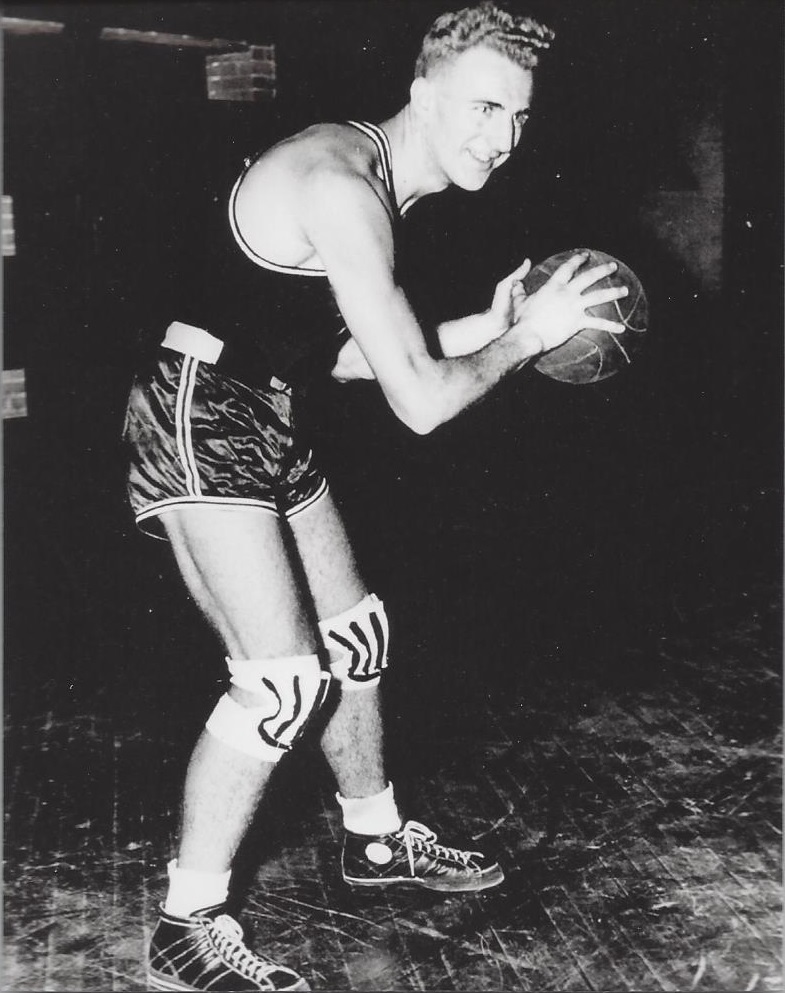 Jerry Bush played college basketball at St. John’s University in Brooklyn under the tutelage of former New York Celtics’ star Joe Lapchick. In his senior year, the Redman compiled a fine 15-4 record. It was a success that would be representative of Bush’s entire career which was marked by play on top-caliber teams. In his rookie professional season, Bush joined the Akron Firestone of the National League. With Bush playing a vital role, the Firestone club won the NBL championship in both of Bush’s first two seasons (1938-39 and 1939-40) with the team. In 1941, Bush starred with the Detroit Eagles who won the prestigious Chicago Pro Tournament. In 1942, Bush joined the Fort Wayne Pistons who were just coming into the forefront of professional basketball. The talent-laden Pistons won the NBL title in 1943-44 and 1945-46. The team also captured the Chicago Pro World Tournament title three years (1944-46) in a row. By the time that Bush had retired as a player in 1948, he had played on six championship teams during his eleven pro seasons. Simultaneously with his last two seasons as a player, Bush began his long coaching career. He compiled a 147-64 record in eight seasons at the University of Toledo and an 82-132 record in nine seasons at the University of Nebraska before he retired in 1963.