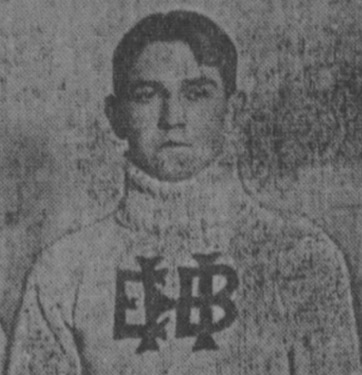 Jim Crowley was prominent figure in Boston athletics for over three decades. As a student at East Boston High School, he  scored 94 points in a single game, a figure beyond comprehension  in an era when most teams didn’t score more than twenty points in a game. Crowley played with the Boston Athletic Association, a powerful independent  team, for ten years. Crowley received a two-year degree from the the Posse-Nissen School of Physical Education. He later was the Associate Director of Physical Education in the Boston School System for many years. In 1935, at age 47, Crowley committed suicide.