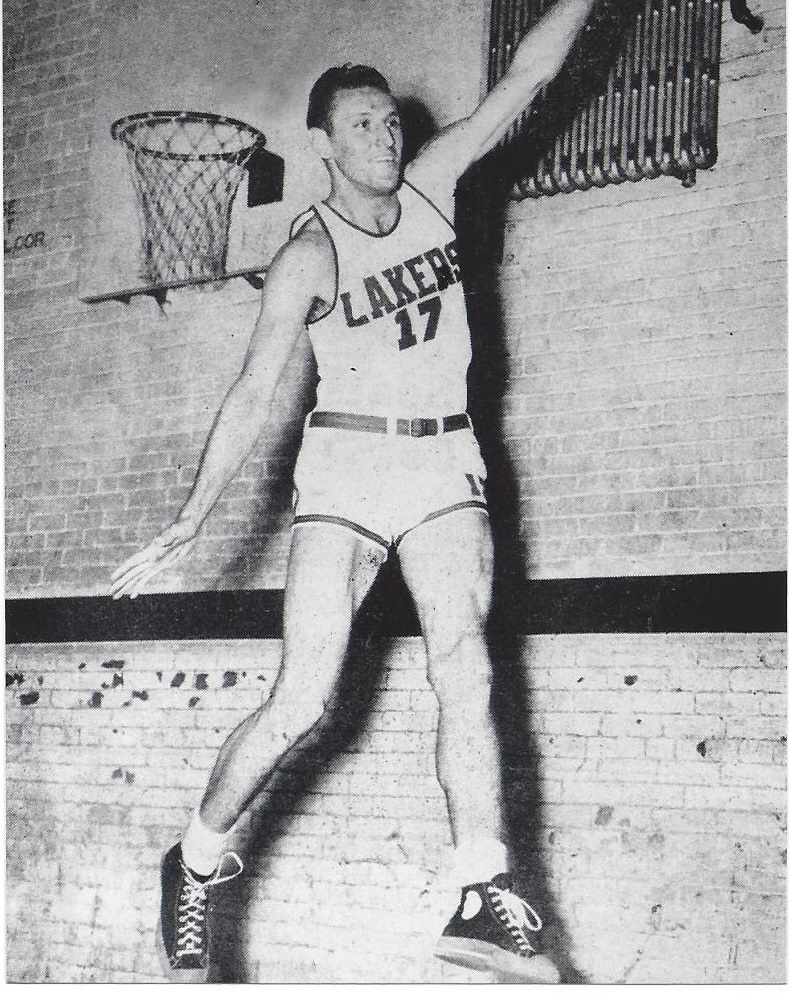 Jim Pollard starred on the 1941-42 Stanford University national collegiate championship team. After service in World War II, Pollard played for the San Diego Dons (1945-46) and the Oakland Bittners (1946-47)  in the AAU-affiliated American Basketball League. He led the league in scoring both seasons. In 1947, he joined the Minneapolis Lakers where he played for the next eight seasons until his retirement in 1955. The Lakers won six titles during the eight years, one in the the National Basketball League and five in the National Basketball Association. Pollard was a graceful, athletic player who was nicknamed “The Kangaroo Kid” because of his extraordinary leaping ability.  Pollard teamed on the Lakers with George Mikan and Vern Mikkelsen, forming one of the best front courts in the history of the NBA. After retiring as a player, Pollard coached on the  collegiate and professional level. He coached La Salle University for three seasons (1955-58) compiling a 48-28 record. Pollard  coached in  both the American Basketball Association and the National Basketball Association. In the 1967-68 season. Pollard coached the Minnesota Muskies to the ABA finals.  In 1978, Pollard was inducted into the Basketball Hall of Fame.