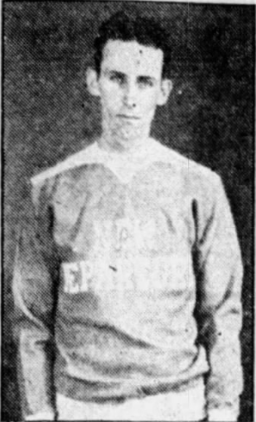 Jimmy Malcolm was the star of one of the greatest teams in the history of Holyoke (Massachusetts) High School. Malcom was sensational on  the Dartmouth University freshman team . He joined the varsity the following season where  two things became quickly apparent. Malcolm was enormously talented player but he was also high strung and  temperamental. By mid-season, Dartmouth coach, George Zahn,  had enough of his   talented young star’s emotional outbursts and suspended him from the team.  Malcolm  turned professional the following season and was and an instant sensation in the tough Interstate League .  Malcom led the league in scoring and his hometown team, Holyoke, to the league championship. The  Interstate League folded at the end of the season leaving  New England without a pro league. Malcolm remained active throughout the 1920’s playing independent basketball primarily with the Bristol Endees, a perennial regional powerhouse.