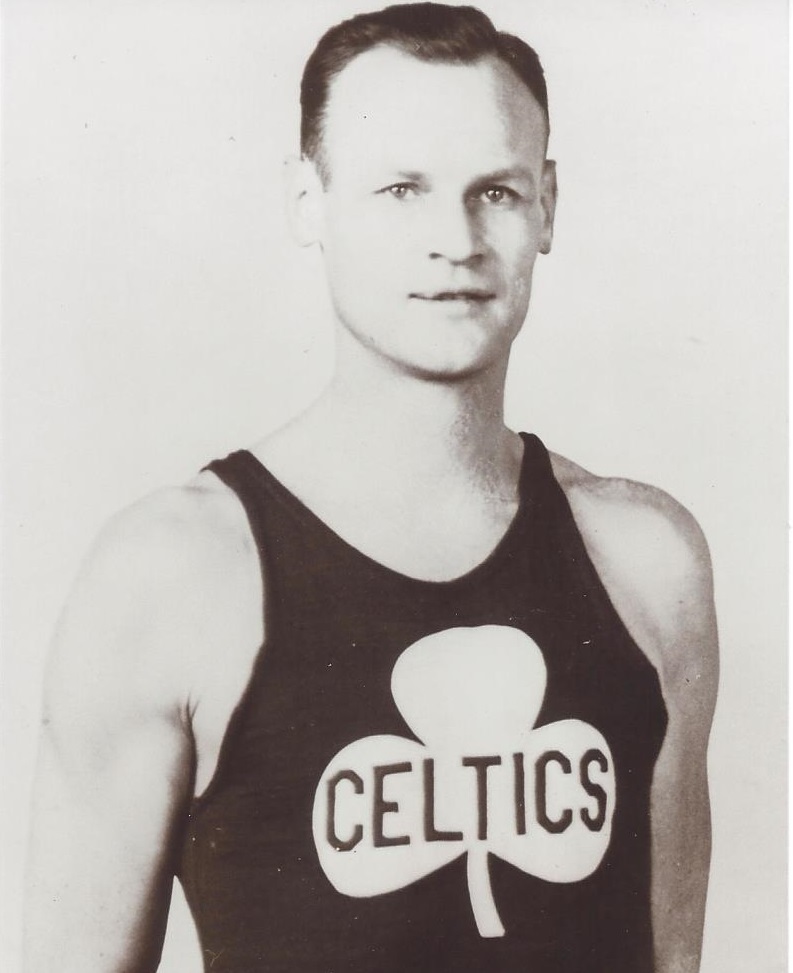 Joe Lapchick, a native of Yonkers, New York, turned pro in 1917 when he was just seventeen years old. Skinny and gangly as a teenager, the 6’5″ Lapchick had to work hard to develop his basketball skills. Over the next five years, he played on a half dozen teams in the NYC area. By 1920, Lapchick had gained enough experience to be in demand by faster pro teams in the Interstate, New York State and the Metropolitan basketball leagues. In 1923, Lapchick signed to play for the Original Celtics. Lapchick was adept at controlling the center tap, but unlike other big men of his era, he could also move well without the ball and score on shots from the floor. In addition, he was an excellent passer, a prerequisite for the Celtics’ style of play. As the youngest member of the Celtics and the most recent arrival, Lapchick had the longest and hardest period of adjustment. Even with six pro seasons behind him, the 23-year-old Lapchick was unprepared for the Celtics’ style of play with its switching defenses and precision executed offense. Lapchick turned out to be the final piece of the puzzle for a squad that would dominate basketball for most of the decade and rank as one of the greatest in the history of the game. Lapchick’s peak years coincided with the Celtics’ prime years in the twenties when they dominated the American Basketball League. After the demise of the ABL in 1931, Lapchick, despite serious knee problems, barnstormed with the Celtics through the middle of the decade. In 1936, Lapchick, based on the recommendation of former Celtics’ teammate Nat Holman, was hired as coach of St.John’s University. During the next eleven seasons, Lapchick coached the Redman to 181 victories and NIT titles in 1943 and 1944. In 1947, Lapchick left St.John’s to coach the New York Knicks of the infant Basketball Association of America. During his nine seasons as coach of the Knicks, Lapchick always produced winning teams. Three times he took the Knicks to the NBA finals, but a championship eluded him. In 1957, citing poor heath, Lapchick resigned his position with the Knicks. One month later, he returned to St. John’s for a second coaching stint that lasted through 1965. Lapchick’s overall record in twenty seasons at St.John’s was 335-129. He was elected to the Basketball Hall of Fame in 1966 .