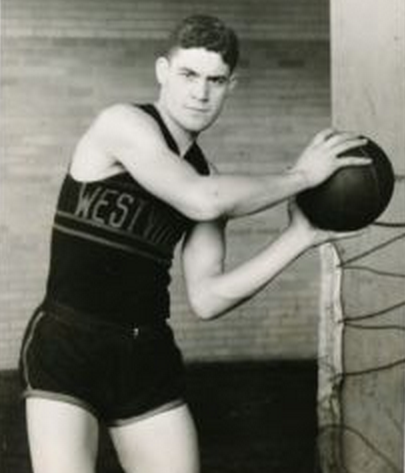 Joe Stydahar starred at the University of West Virginia in both basketball and football. He played professional football for the Chicago Bears from 1936-42 and after service during WWII, Stydahar returned for two more seasons in 1945 and 1946. He later coached the Los Angles Rams for two season (1950-1951) and  and Chicago Cardinals for two seasons (1953-1954). Stydahar is a member of the Pro Football Hall of Fame.