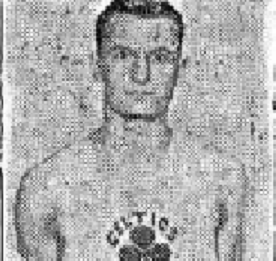 When he was just 17 years old,  Joe Tripp signed to play pro basketball with the Brooklyn Knights of St. Anthony, one of  of the premier independent teams in New York city. During  his career that spanned over a decade, Tripp became one of most idolized  players in Brooklyn because of his bone jarring in your face defensive play. After five seasons with the Knights, Tripp played for the famed New York Celtics for two seasons before he returned to the Knights in 1921 when they entered the Metropolitan Basketball League.  Known as the  the Duke of Greenpoint, Tripp was widely regarded as the best defender in the MBL. During the early 1920’s , Tripp also played for Cohoes in the New York State League and helped lead them to the 1921-22 NYSL championship.