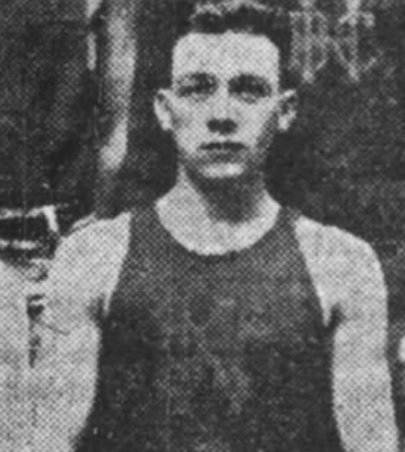 John Curtin was a schoolboy basketball star at Boston College High School. Curtin went on to attend Boston College, but did not participate in sports at the school. Instead, he played for professional teams in Cambridge and Boston. During the 1920-21 season, Curtin gained invaluable experience playing for a professional team in Windsor, Vermont  led by legendary  coach, Lew Wachter. For much of the 1920’s, Curtin played for the Boston Whirlwinds, the most powerful independent team in New England. Curtin was a valued member of the squad because of his versatility and his notoriety  as the originator of the unique “kangaroo” style of dribbling.