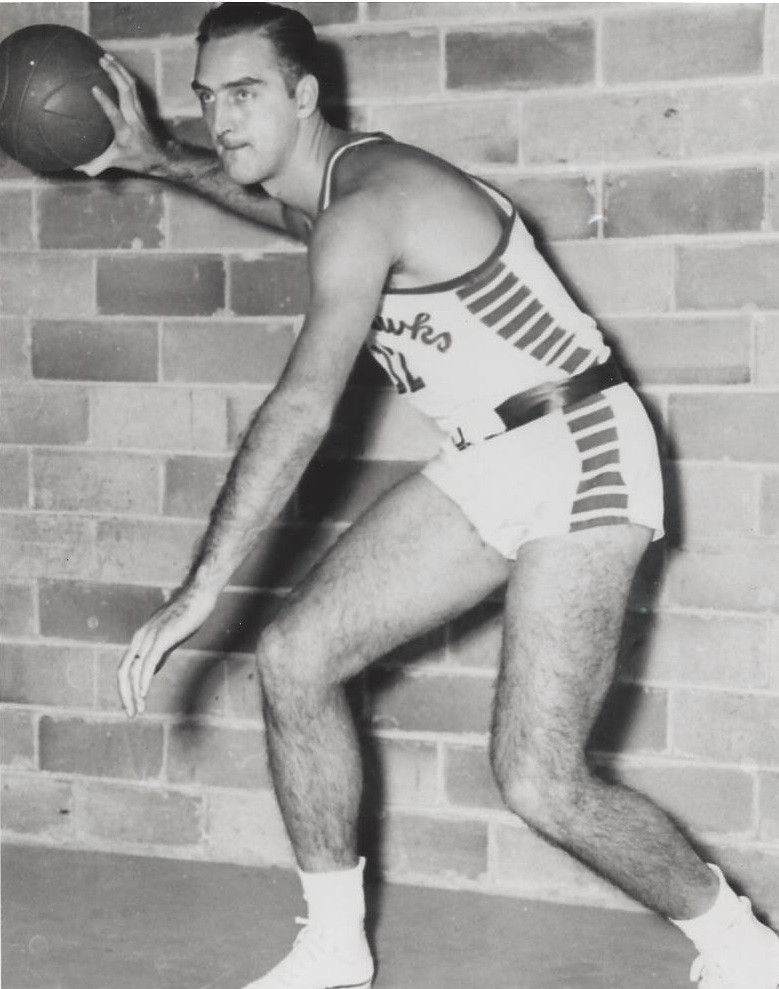 John Mahnken was named to the New Jersy all-state basketball team three times in a row during his time at Memorial High School in Wehawken High School. Mahnken was named to the  1943 All-American team after his only year at  Georgetown University, before entering the U.S. Army Air Corp for service during World War II. Mahnken had solid seven year pro basketball career. Mahnken was a favorite of legendary coach, Red Auerbach,  who coached him in both Washington and later in Boston.