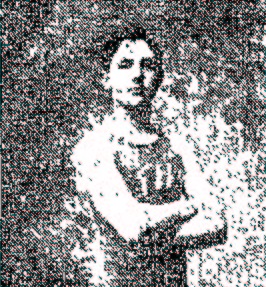 When twenty year old John Stark enrolled at Syracuse University in the fall of 1904 he was a veteran of four years of independent basketball. When the season began, it was quickly apparent that Stark was the best player on the  squad and had the potential to become a a  star college player. Just two months later, in early January of 1905, Stark  withdrew from from the university, got married and soon after went into business.  Stark returned to Syracuse fifteen year later as freshmen basketball coach.