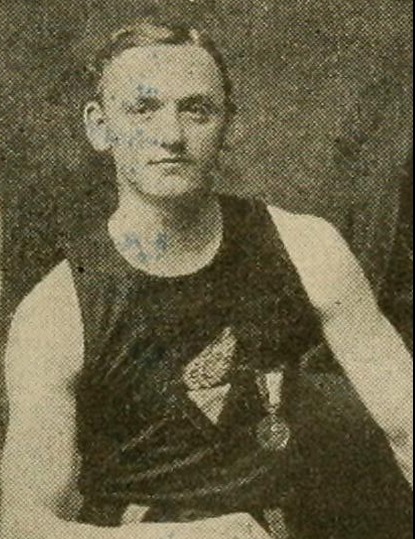 John Wendelken was the first player to gain stardom as a center in the history of basketball. A graceful, dashing figure, well educated (he was medical student during the early years of his basketball career), Wendelken was a well-liked and much-admired star. He was the inventor of many of the first plays involving the center position. In 1896, Wendelken joined the newly-organized 23rd Street YMCA team in New York City. The team lost just one game over the course of the next two seasons before turning pro in 1898. Because they had no home court and  because they were one of the first teams to barnstorm extensively, the team became known as the New York  Wanderers. The team joined the National Basketball League for the 1899-90 season. During his four NBL seasons, Wendelken finished  second in field goals three times. After retirement from professional basketball, he taught anatomy for more than forty years in New York at the Savage School of Physical Education which he had co-founded. While he never formally coached any teams, Wendelken remained interested in basketball all his life and tutored many young players including Nat Holman.