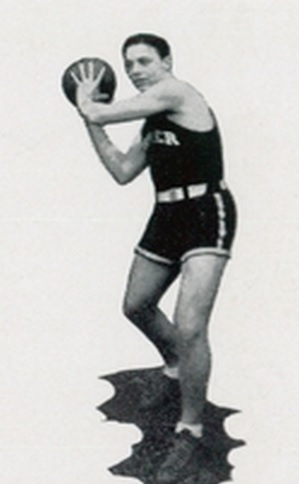 John “Socko” Wiethe was a multi sport star at Roger Bacon High School in Cincinnati. Wiethe remained in Cincinnati to attend Xavier College, where he played football, basketball and baseball. In his senior year, he was captain and MVP of the basketball team. After graduation, Wiethe played professional basketball for parts of five seasons with independent teams. During the 1937-38 season , he was a starter for the Cincinnati team in the National Basketball League. From 1939 to 1942, Wiethe played for the Detroit Lions in the National Football League. In 1946, Wiethe was named head basketball coach of the University of Cincinnati.  He coached the Bearcats to five conference titles in the first five seasons. Overall, Wiethe compiled a 106-47  record.