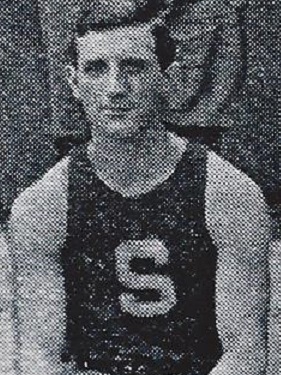 Johnny McGraw was renowned as one of the fastest players in professional basketball during the games first decade. He combined speed and agility to remain one of the games’ top offensive stars for most of his twelve-year pro career. Born in Philadelphia, McGraw first played organized basketball as a teenager in the city’s strong amateur leagues. His outstanding play attracted the attention of Bill Kennedy, the manager of the Jasper Jewels club in the Philadelphia Basketball League who signed McGraw to his first professional contract in 1902. The following season, McGraw was a key factor in Jasper’s outstanding 24-4 record and their capture of the 1903-04 PBL title. Through the next half-dozen season, McGraw remained one of the most reliable and durable performers in the PBL. In 1909, McGraw entered the newly formed Eastern Basketball League under the Jasper colors. He remained a durable performer for the Jewels for the next five seasons. McGraw was an important part of the 1911-12 team that tied for first place (but lost in playoff) and the 1913-14 club that won the EBL championship.