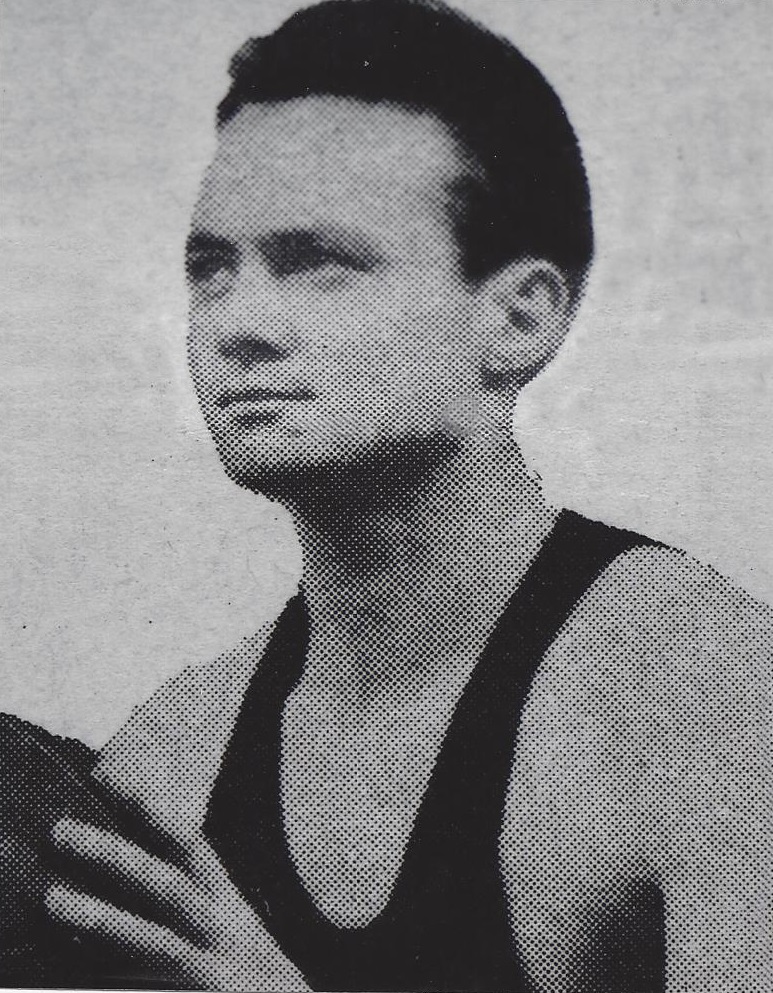 Johnny Miner was a multi-sport star at Columbus East High School. In his first at year at Ohio State University, Miner  tried out for the basketball squad, but was cut.  Miner had given up hope of playing for the Buckeyes, but in 1923 OSU’s new coach, Harold Olsen, saw him playing intramural basketball and asked him to join the team. By the  1924-25 season,  Miner’s junior year, he had became a starter and team captain, leading Ohio State to a 12-5 record. In 1925,  OSU had a 14-2 record and won its first conference title with an 11-1 mark. Miner led the league in scoring with 133 points in 12 games for an 11.09 average and became Ohio State’s first consensus All-American. Miner played professional basketball for over a decade, headlining powerful Midwest independent teams such as the Flint Buick Flyers and the Akron Goodyear Wingfoots. Miner remained employed by the Goodyear Tire & Rubber Company for 35 years.