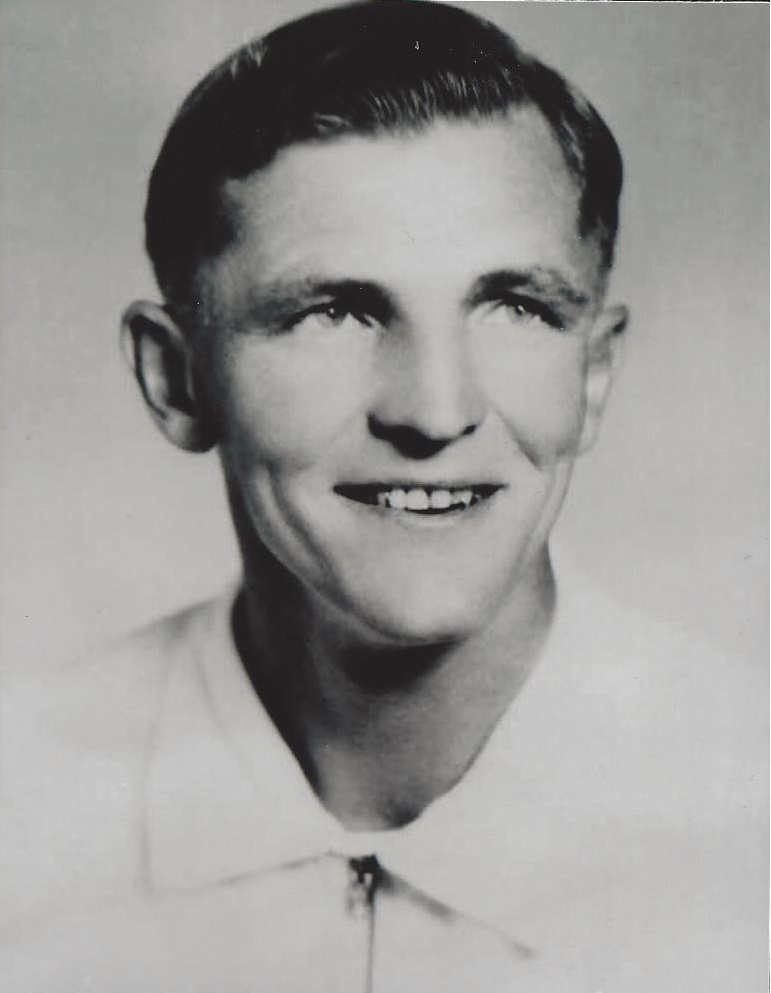 John Norlander was three times named All-Conference and twice All-American at Hamline University in Minnesota. He led the Piper basketball team all four years in scoring and was captain of the 1942-43 team. He also lettered in baseball and tennis for a total of nine letters earned. While serving in the Navy during World War II, Norlander was a member of Norfolk’s national service championship basketball team. After the war, he was recruited by Navy buddy, Red Auerbach, to play in the newly formed  Professional Basketball League of America. Norlander played four and half seasons  with the Washington  Capitols, coached by Auerbach.  In 1956, Norlander  was named to the Helms Foundation NAIA Hall of Fame.  In 1957,  he toured Europe for the U.S. State Department teaching basketball. For 23 years Norlander did basketball clinic work for Converse Rubber Company throughout the United State and in Canada.