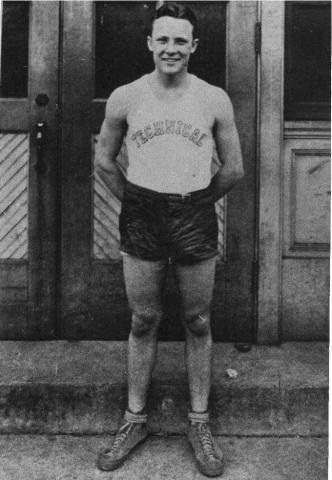 Johnny Townsend  attended Arsenal Technical High School in Indianapolis, Indiana, where he was twice named to the All-State basketball team.  He played collegiately for the University of Michigan  where he was named to the All-Big Ten team and led Michigan in scoring each year from 1936-1938. Townsend was nicknamed the “Houdini of the Hardwood” because he was  a talented scorer, strong rebounder and unusually adept ball-handler for a big man. In 1938, his senior year, he was named  a consensus All-American. Townsend’s professional basketball career was limited because of his law practice and his service in World War II.  His grandson, Eric Montross, played in the National Basketball Association.