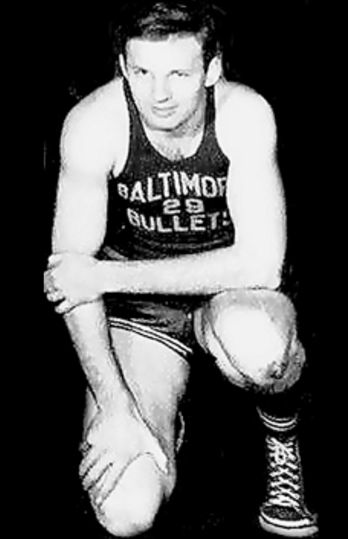 Clarence “Kleggie” Hermsen played professional basketball for the Sheboygan Redskins during 1943-44 and 1945-46 seasons. During the  season in between,  he was the starting center for the University of Minnesota. In 1946, Hermsen signed to play with the Cleveland Rebels in the newly established Basketball Association of American and ended up the season with the Baltimore Bullets, the best team in the minor-league American Basketball League. The following season, Baltimore joined the BAA and proceeded to capture the 1947-48 league championship. Hermsen led the Bullets in scoring and rebounding. Altogether, Hermsen played six seasons in the National Basketball Association and averaged 9.3 points and 5.8 rebounds per game.