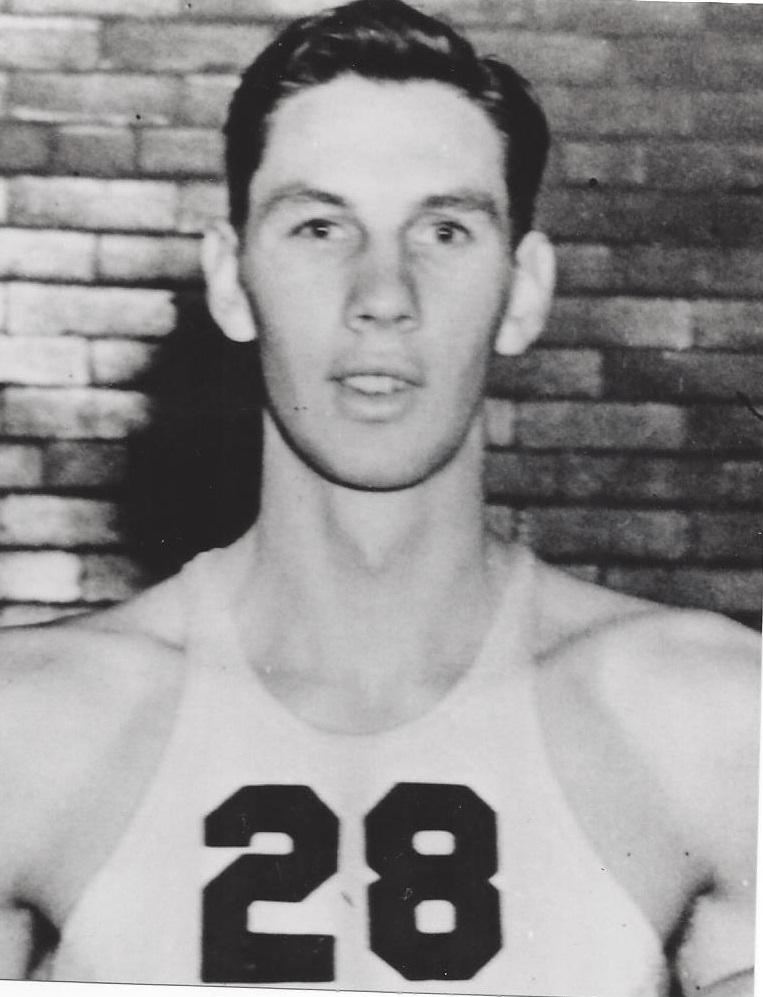 Laddie Gale was a high school star at Oakridge, Oregon High School and was named all-state his senior year. Gale led the University of Oregon to a 74-22 record over three seasons. He teamed with 6’8″ Slim Wintermuite on a team known as the “Tall Firs” to capture the first NCAA championship tournament in 1939. At the urging of Wintermuite, Gale joined the National League Detroit Eagles in January of 1940. After serving in World War II, Gale decided to remain in the West rather then return to the East to play professionally. Gale was very successful in the AAU ranks. He served as player-coach of the Salt Lake City Dessert Times in 1946-47 and finished third in the AAU American League league scoring . Gale signed with the Oakland Bittners for the 1947-48 season, but was declared ineligible because of his brief sojourn with the Detroit Eagles in 1940. Gale remained with the team as coach and guided them to a third place in the national AAU championship and to the Olympic qualifying tournament. Gale’s professional career was limited by the variances of geography and war. Gale was elected to the Basketball Hall of Fame in 1977.