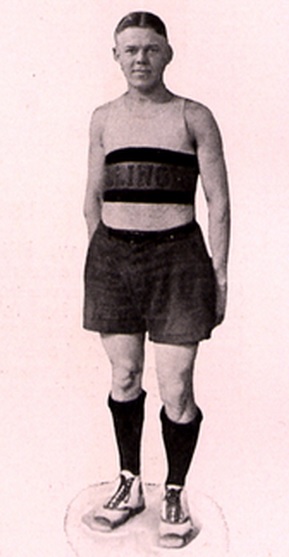 Lawrance “Laurie”  Walquist  a football and basketball star at at the University of Illinois. In January of his senior year, it was revealed that Walquist had been moonlighting as a professional football player while playing for Illinois.  He was declared ineligible for any more college athletics. Walquist would go on to have a long and success pro football career. He played nine seasons with the Chicago Bears. Walquist also played pro basket basketball.  During the 1925-26  season he was player-coach  for the Chicago Bruins team in the American Basketball League.