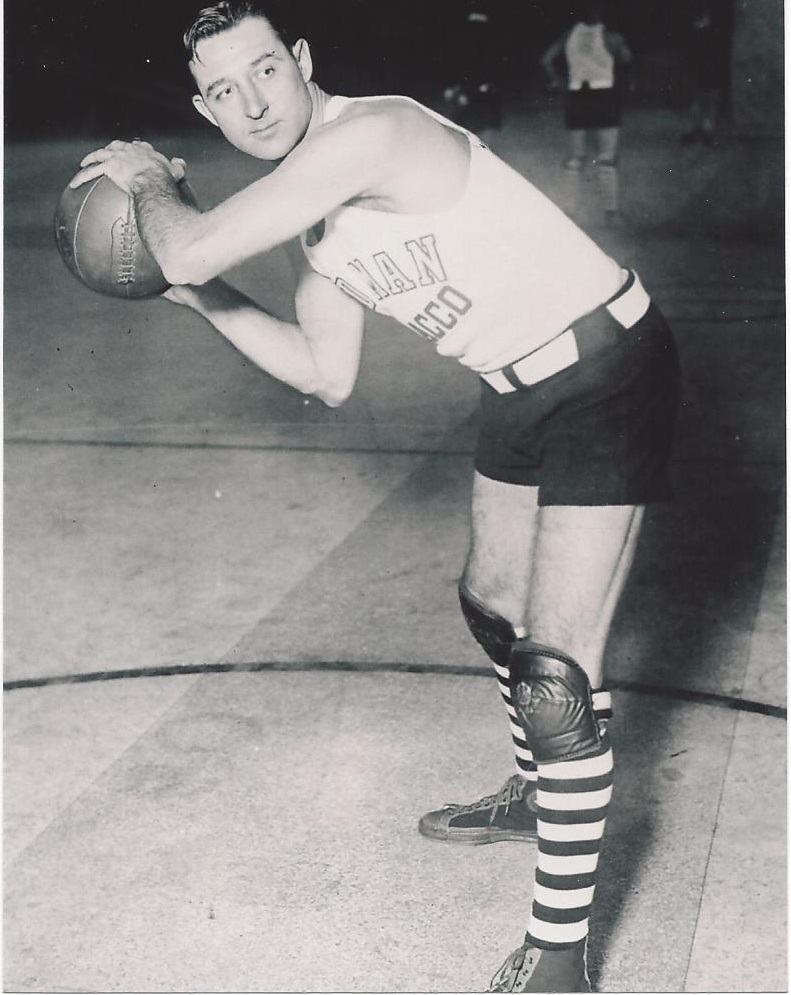 Len Shepherd was never a star, but he enjoyed  a successful fifteen-year pro basketball career because he was extremely tough, always  hard-working and very versatile. Sheperd entered professional basketball in 1917 with a team in Easthampton, Massachusetts. That was followed by four successful seasons in  the Interstate Basketball League.  In January of 1924, Shepherd was signed by Marty Friedman to play for  the  Cleveland Rosenblums, an independent  team loaded with stars such as Honey Russell, Ray Kennedy and Stretch Meehan. Friedman,  who had been impressed with Shepherd when they both played in the Interstate League  a few years earlier, saw Shepherd as the perfect compliment to his star-studded lineup. Shepherd remained with Rosenblums for three seasons including their 1925-26 debut in the American Basketball League. Shepherd spent  two seasons with the famed Beloit Fairies and was a member of the Toledo Red Men when they won the 1929-30 National Professional Basketball League championship.