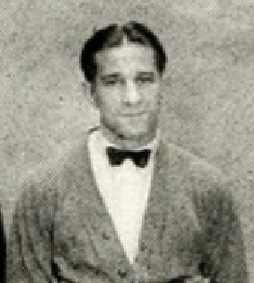 Lenny Sachs attended Carl Shurz Hugh School in Chicago, Illinois where he won eleven varsity sports letters. After service in the Navy during World war I, Sachs attended the American College of Physical Education in Chicago for four years. While still a student, he played professional football for the Chicago Cardinals from 1920 to 1922. In 1923, Sachs was hired as basketball coach at Loyola University in Chicago. While coaching, he continued his pro football career through 1926. Overall, Sachs coached at Loyola for nineteen seasons, compiling a 224-129 record. Between the spring 1928 and the fall all of 1930, Loyola won 31 consecutive victories. Sachs died of heart attack in 1942, at the age of 45. In 1961, he was enshrined in the Basketball Hall of Fame.