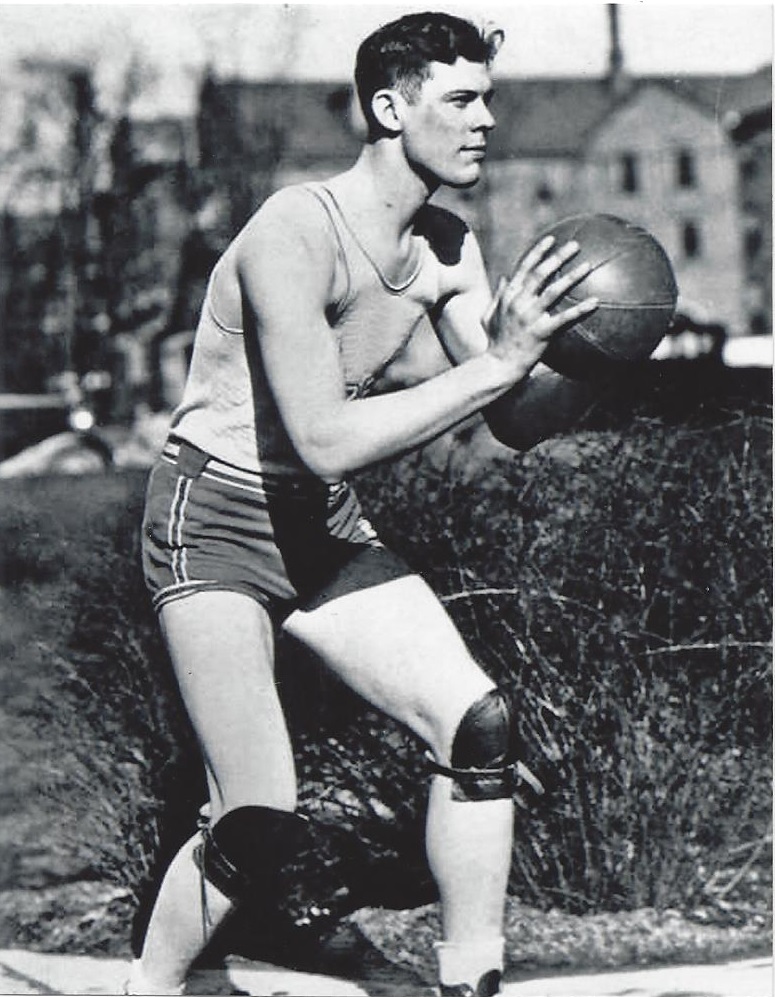 Leroy “Cowboy”  Edwards attended high school in Indianapolis before he entered the University of Kentucky. In 1935.  He was named an All-American under legendary coach Adolph Rupp, who called Edwards the best pivot man he ever saw. After just one varsity season at Kentucky, Edwards turned professional with the Indianapolis U.S. Tire Company,  a team in the Midwest Basketball Conference. During the 1935-36 season, he led the league in scoring with over ten points per game. The next season, he played with Dayton in the same league until January when he jumped his contract to join the Oshkosh All-Stars, a strong independent team.  In 1937, Oshkosh joined the new National Basketball League. With Edwards leading the way, Oshkosh appeared in the NBL finals five consecutive years (1938-1942), winning the championship twice, in 1938 and in 1942. Edwards’s main offensive weapon was a virtually unstoppable hook shot which he could deliver effectively with either hand.  Edwards depended upon his strength to gain position under the basket for his patented offensive moves. Edwards was also an excellent defensive player. After the 1942 championship, Oshkosh went into a period of decline, but Edwards maintained his stellar play throughout his eleven and half seasons with the team. When he retired in 1949, he could look back on three league MVP awards and being named a first or second team NBL all-star eight times. Edwards was a elected to the Helms Basketball Hall of Fame.