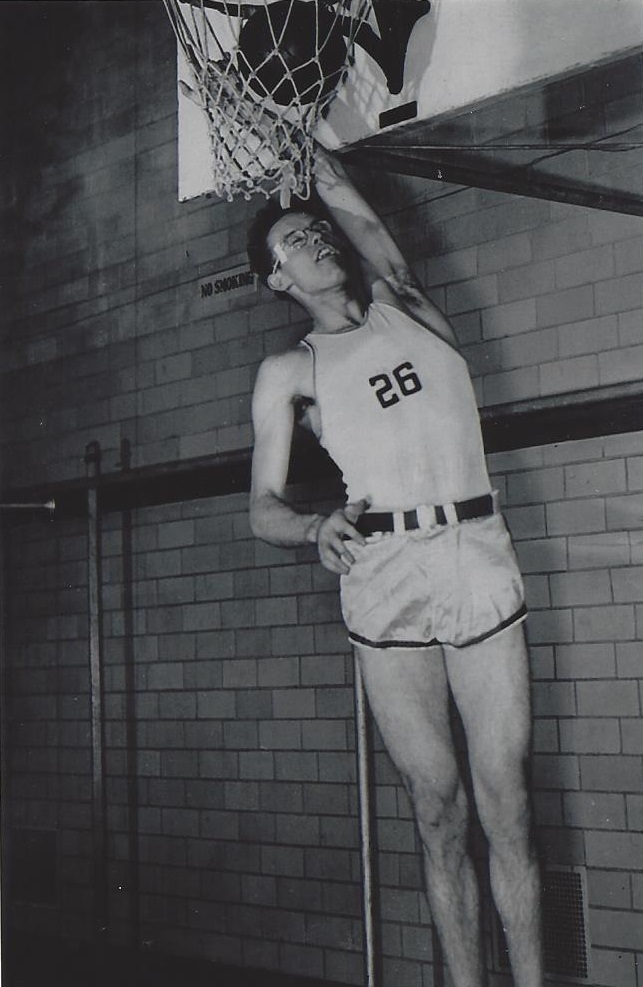 After attending Mommouth College in Illinois for five years, 6’7″ Leroy King still had one more season of elgiibilty left. King had played just two games in his first two seasons becaause of health and elgibilty issues.  He bounced back though, to finish with two very productive full campaigns at Monmouth. King  used his final year of eligibility to play basketball while attending graduate school at Northwestern University. He led the Wildcats in scoring during  the 1945-46 season and was fourth in the Big Ten in scoring, earning honorable mention All-Big Ten honors. After college , KIng played one year of AAU basketball for the Oklahoma City Conairs and  had a brief 12 game spin with the Rochester Royals of the National Basketball League.