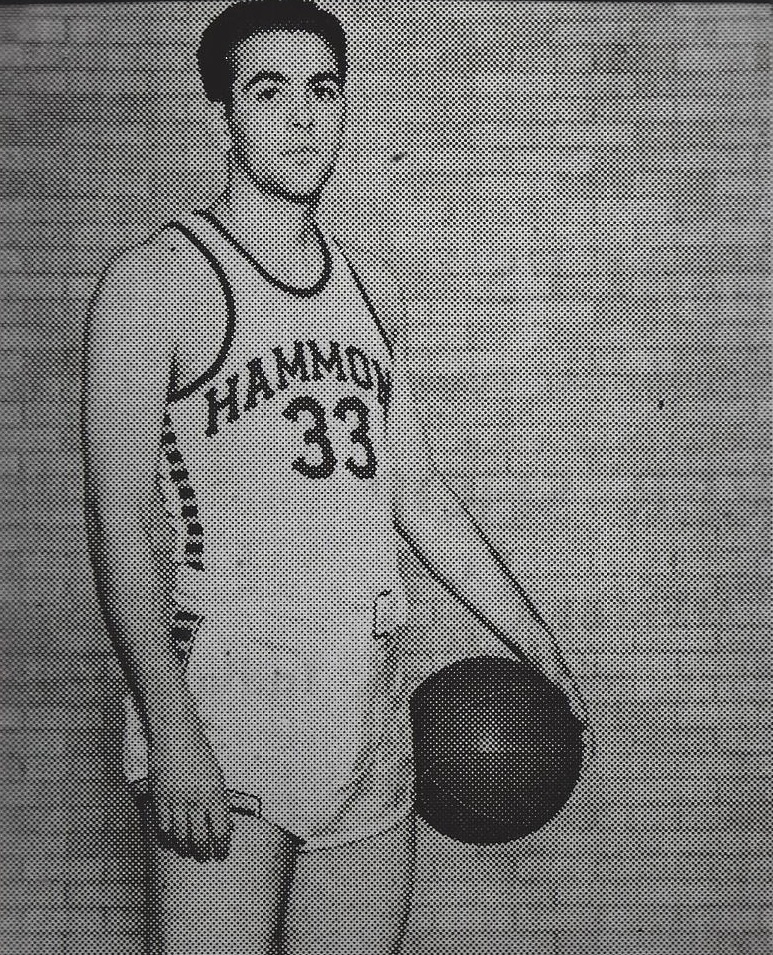 Lou Boudreau attended the the University of Illinois where he captained both the basketball and baseball teams. During the the 1936-37 season, he led both the basketball and baseball teams to Big Ten Conference championships and he was named a Basketball All-American. During the summer of 1938, the Cleveland Indians  signed  Boudreau to a contract  to play professional baseball after he graduated. Due to this agreement, Boudreau was ruled ineligible for collegiate sports by the Big Ten Conference. Boudreau remained in school for his senior year, while moonlighting in the National Basketball League as player for Hammond . Boudreau finished 8th in scoring in the NBL, but despite his sparkling rookie season, Boudreau retired from basketball to concentrate on his professional baseball career. Boudreau  played major league baseball for fifteen seasons. He was voted to the All-Star team seven times. He also manged in the majors for fifteen season, including ten as a player manager.  In 1947, Boudreau was named the American League’s Most Valuable Player and managed the Cleveland Indians to the World Series title. In 1970, Boudreau was elected to the Baseball Hall of Fame.