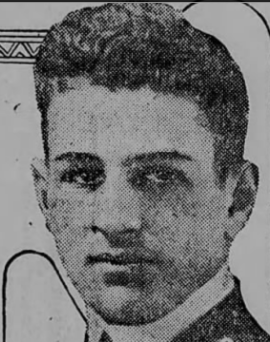 Maclyn “Mac” Baker was an early football,  basketball and baseball star at New York University. There was no national collegiate basketball tournament until the the late 1930’s, so prior to that time strong college teams occasionally entered the national AAU championship tournament.  In 1920, Baker, along with teammate Howard Cann, led NYU to the the AAU basketball championship played in Atlanta. Cann and Baker were both named first teamAll-Americans. Baker had the ability  to pursue a career in both professional baseball and basketball, but chose a career in medicine over sports.