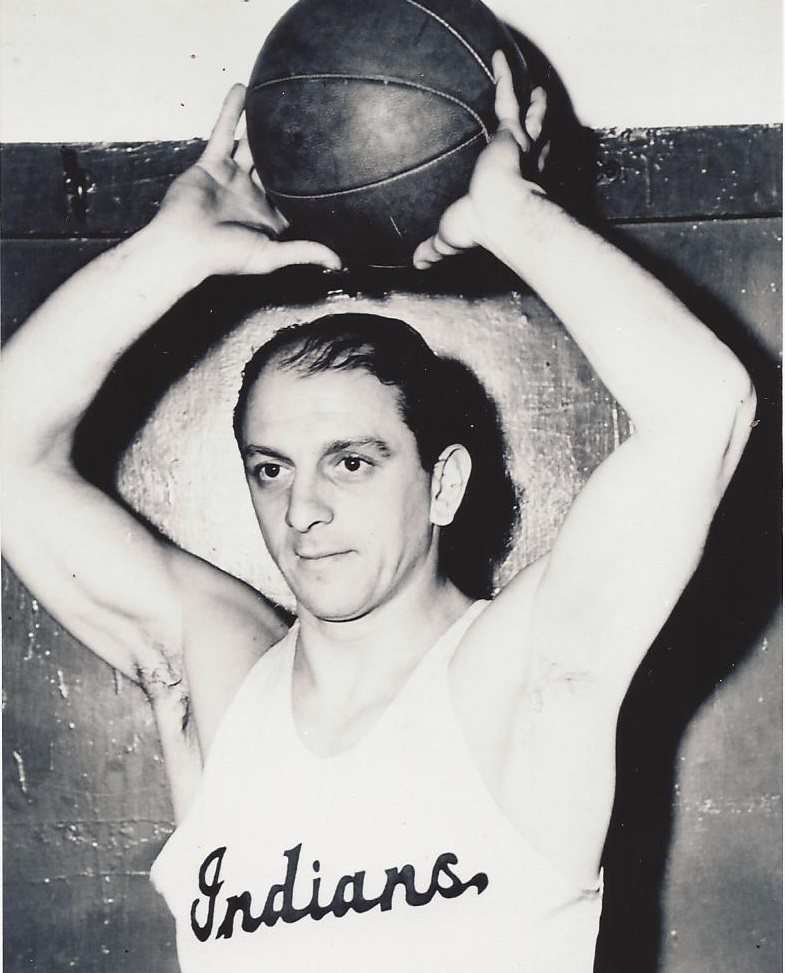 Mac Kinsbrunner attended high school in Brooklyn and then enrolled upstate at Syracuse University. He returned to his hometown and enrolled at St.John’s University in the fall of 1927. Kinsbrunner was a wonderful all-around athlete who became a five-sport letterman at St.John’s, but it was on the basketball court that he gained his greatest glory. He starred on a team that lost only eight games in four seasons and became nationally known as the “Wonder Five”. Kinsbrunner’s dribbling skills were featured for long stretches in the team’s ball-control offense. After their senior year at  St.John’s the entire squad  turned pro under the banner of the the Brooklyn Jewels.  The young team  enjoyed considerable success during its first two pro seasons. The Jewels tied for first in the Metropolitan Basketball League in 1931-32 and  and then claimed the league championship in the following season. Kinsbrunner continued to improve as a player during his pro career. During the thirties, he became one of the the most consistent scorers in the professional game with seven consecutive top ten finishes. He was also renowned  for his dribbling and passing skills. In 1933, the Jewels joined the reconstructed American Basketball League. The first few seasons in the ABL were successful,  but by their fourth season in the league the Jewels had slumped badly, winning only 11 of 36 games, It was obvious that changes had to be made. By  the start of the 1937-38 season only Kinsbrunner and Matty Begovich remained from the original “Wonder Team”. With the addition of  some talented younger players to the roster, the Jewels went to all the way to the ABL finals, but lost to the Jersey Reds. The following season (1938-39), with Kinsbrunner a key contributor, the Jewels swept through the playoffs undefeated to win their first ABL title. Kinsbrunner continued to star for the Jewels until the team dropped out of the league seven games into the 1941-42 season.