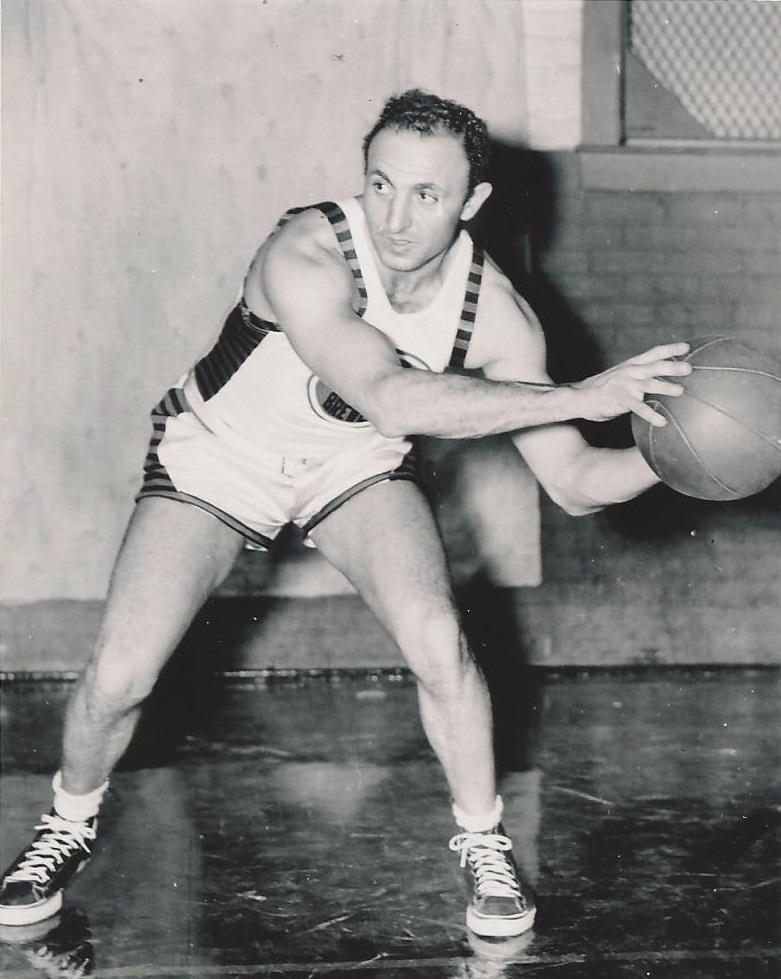 Max “Mac” Posnack was a member of the St.John’s University “Wonder Five” team that compiled an amazing 86-8 record over four seasons from 1928 through 1931. In his senor year, he was team captain and was awarded first-team All-American honors by College Humor magazine. Posnack, along with St.John’s teammates  Allie Schuckman, Mac Kinsbrunner, Matty Begovich and Rip Gerson turned professional as as the Brooklyn Jewels, then after three seasons renamed themselves the New York Jewels, although they continued to play all home games in Brooklyn.  In six seasons, they reached three finals and won one championship, the 1932-33 Metropolitan Basketball League title. Posnack was a capable scorer, but his most important contributions to the Jewels were on the defensive end of the floor. His pro career spanned over a decade. During his final three seasons, Posnack served as player-coach of the Washington Brewers.