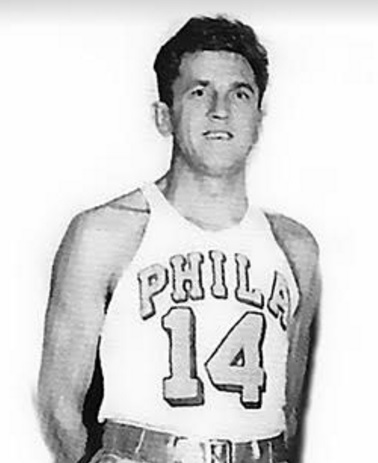 Matt Guokas had a steady, if unspectacular ten year pro basketball career. He was a member of the first Basketball Association of America (the current NBA) championship team in 1947. Later that year, his career ended when he lost his right leg in an automobile accident. For 18 years, starting in the late 1940’s, Guokas was the sports director at WPEN-AM. From 1953 through 1985, he broadcasted Philadelphia Eagles football games. Guokas’ brother, Al Guokas, was an NBA player as was his son, Matt Guokas, Jr.