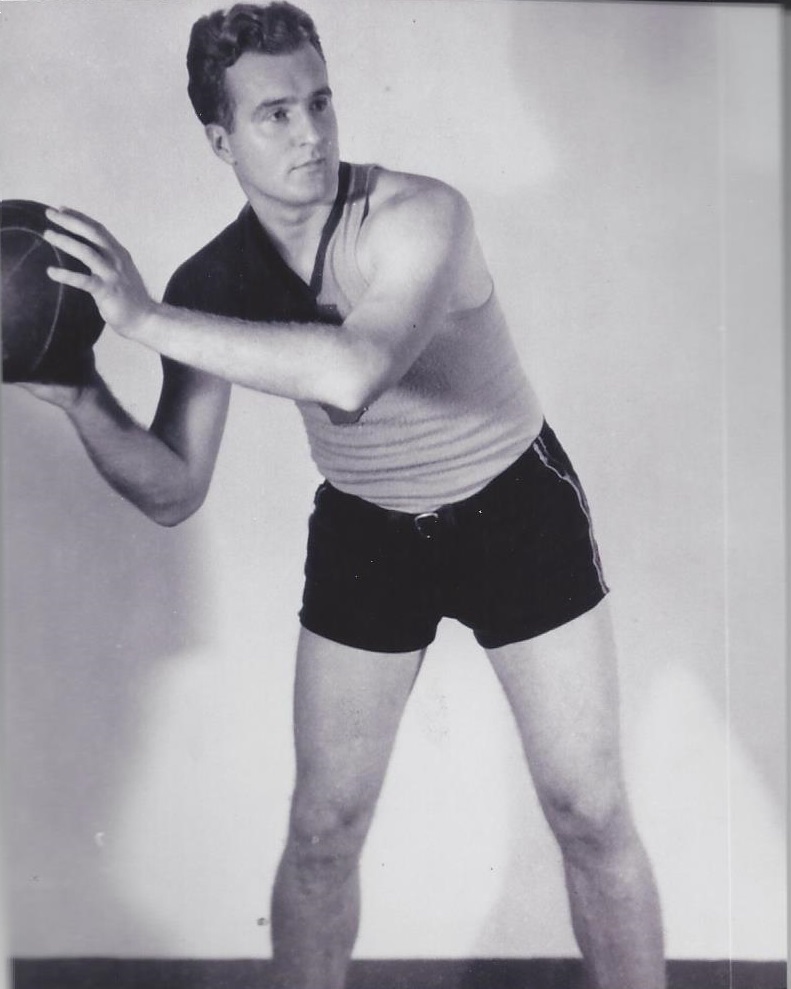 Matty Begovich was a member of the St.John’s University “Wonder Five” team for two  seasons from 1929 through 1931. During his second year, Begovich also played professional basketball under an assumed name in the Pennsylvania State Basketball League. The following season, Begovich offically turned pro along with St.John’s teammates  Allie Schuckman, Mac Kinsbrunner, Mac Posnack and Rip as as the Brooklyn Jewels, then after three seasons renamed themselves the New York Jewels, although they continued to play all home games in Brooklyn.  In six seasons, they reached three finals and won one championship, the 1932-33 Metropolitan Basketball. After retiring from pro basketball, Begovich  worked for the FBI and was an salesexecuti at U.S. Steel.  Begovich became one of the best-known referees of the era. He was a fixture at Madison Square Garden games for 21 years where he officiated five N.I.T. finals from 1946-51. Begovich also refereed ABL pro basketball games from 1938-1946.