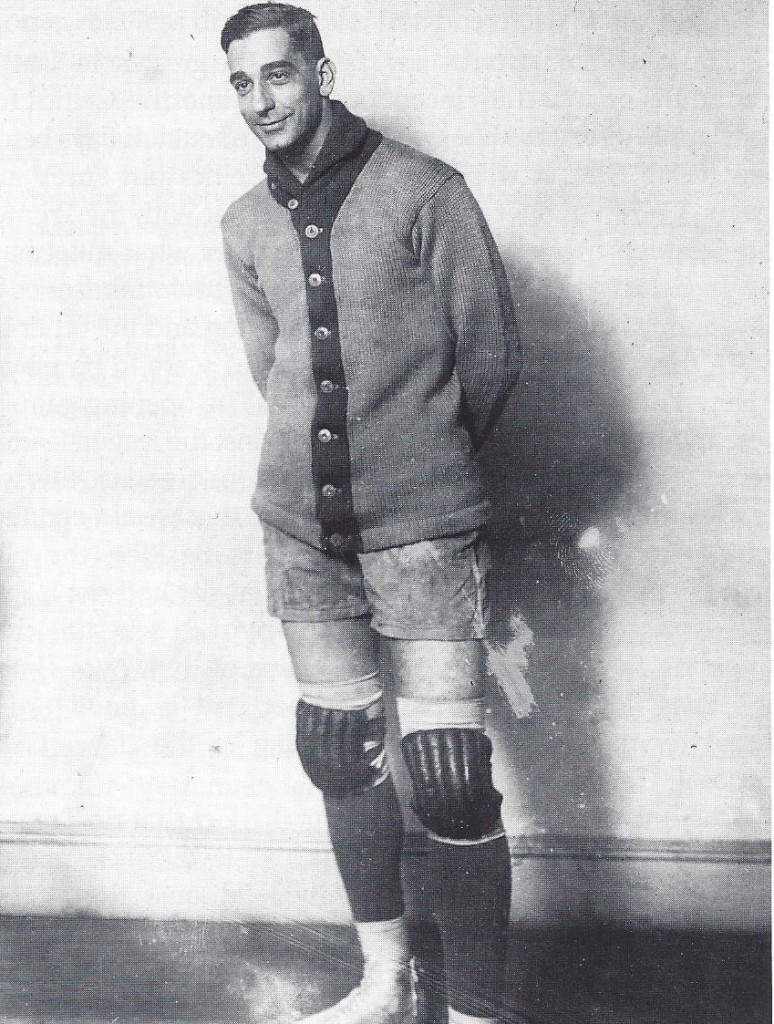 Maurice Tome was discovered by legendary coach, Pop Morganweck, as a teenager in a Trenton city amateur league. The city of Trenton and coach Morganweck became the cornerstones of Tome’s illustrious nineteen-year pro career. Tome played for Morganweck for six seasons in Kingston before he returned to Trenton where he performed for the next eight seasons before finishing up his career playing once again for Morganweck during the final two years of his career. Morganweck admired Tome as a player and a person who always played the game of basketball with intensity and poise. Throughout the teens and early twenties, he always ranked among the very best centers in basketball. Tome’s shooting skills were limited, but he was a gifted defender and a strong rebounder. After perfecting his skills as a center for over a decade, Tome successfully switched positions in the later years of his career. In 1921, with the addition of 6’7″ Stretch Meehan to Trenton’s roster, Tome moved to the guard position where he quickly proved himself to be equally capable. For the 1922-23 season, Tome assumed the role of player-coach. He led the team to its best start in over twenty years with a 19-3 record, but the season came to an abrupt halt with the mid-January collapse of the Eastern Basketball League. Tome remained active as a player through the 1926-27 season. After his retirement from the professional game, Tome served as the longtime coach of the Trenton High School team.