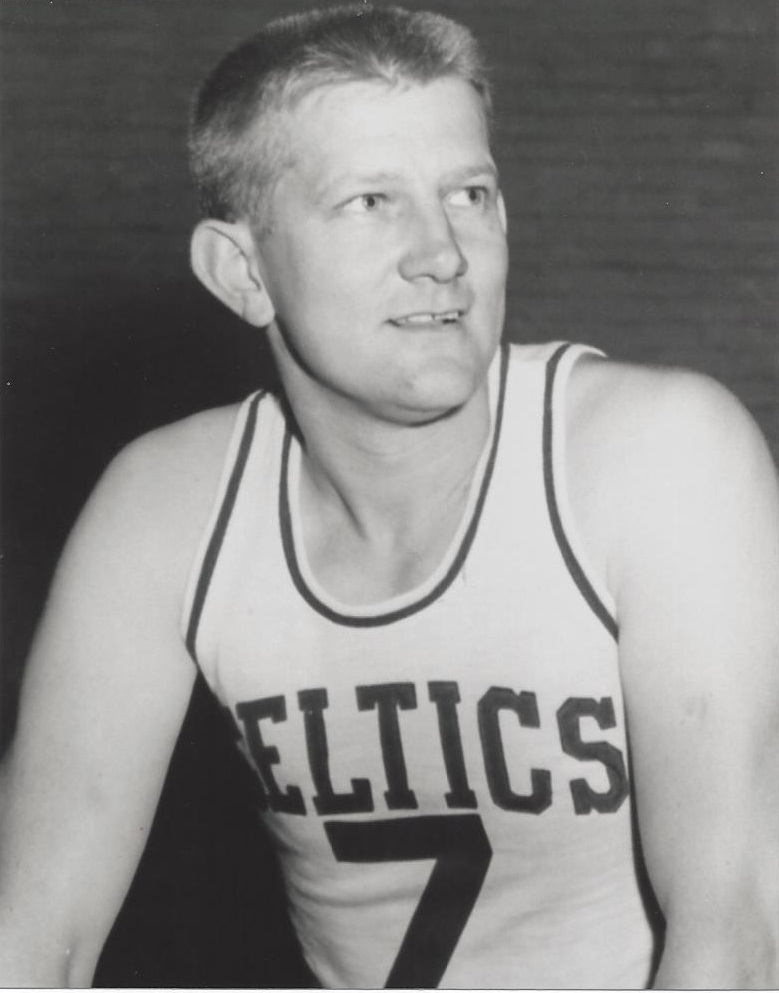 Mel Reibe, at age 27, had been a fixture on the Cleveland basketball scene for a decade. His name and face were familiar to sports fans as a high school and later an amateur star. Reibe was barely 5′ 11″ with a soft, paunchy build. He was slow a foot and was a liability on defense, but Riebe could score baskets with a dazzling array of shots. He played with his back to the basket, from where he launched deadly hook shots from either side of the basket. Riebe also possessed a remarkable collection of fakes and dexterous moves under the basket. He was able to deliver shots with either hand that he spun and banked off the backboard, out of the reach of defenders who were often six to eight inches taller than him. By the fall of 1943, with World War II fully underway, the National Basketball League was desperate for teams and players. The NBL recruited Riebe’s amateur team, the Cleveland Chase Brass, to join the league. The team was in way over its head in the NBL and finished dead last,  but Riebe blossomed as a pro, scored 19.9 points a game and was named an all-league performer. Riebe completed his very successful entry into the pro game when he was named to the all-star team at the 1944 Chicago world tournament. His second NBL season was even better with 20.2 points per game and again he was named all-league. In 1945-46, while in the Navy, he played on the powerful Great Lakes NTC team and led the team in scoring with 18.8 points per game.  In 1946-47, Riebe led Cleveland’s entry in the new Basketball Association of America in scoring. When Cleveland dropped out after the first BAA season, Riebe signed with the Boston Celtics were he played for a season and half before he finished up his pro career in Providence.