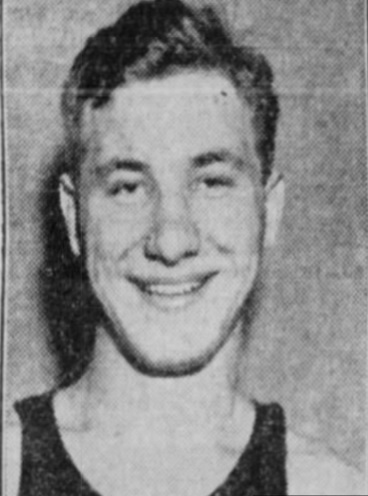 Irving “Mickey” Kupperberg was a basketball star at James Monroe High School in the Bronx. He originally intended to follow his high school teammate, Ben Kramer, to Long Island University, but changed his mind several times. He successively enrolled at LIU, St.John’s and finally at the University of Minnesota. Kuppperberg performed sensationally for the Gophers during his only season (1934-35) at the midwest school. Kupperberg’s pro career was equally slow to get underway. He made his debut with the New York Jewels midway through the 1936-37 American Basketball League season in a backup role and did not become a starter until midway through the following season. Kupperberg was husky, fast and aggressive and with experience he became one of the better players in the league.  He  raised his scoring average every season during his five-year ABL career. By the 1940-41 season, he was the the league’s second best scorer at eight points per game. Kupperberg’s pro basketball career ended when he entered military service shortly after Pearl Harbor and served until the end of  World WarII.