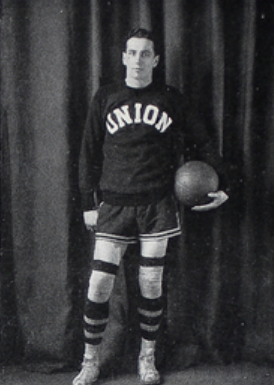 Mike O’Neil was a four-year letterman in football and basketball at Union College in upstate New York. After graduation, O’Neil was recruited to play basketball in the midwest for the Columbus Kinnears. O’Neil remained in Ohio for six seasons playing for some of the most powerful AAU teams in the country including the Akron Firestones and the Cleveland Pennzoils. O’Neil played one season for the Columbus Robert Lees in the ill-fated National Professional Basketball League. O’Neill closed out his career in 1935 playing with Little Falls in the New New York State Basketball League.