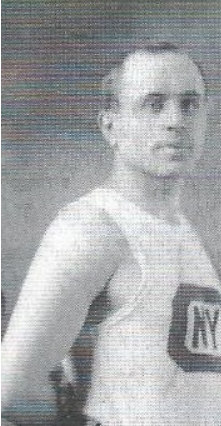 Michael Rabice was born in Utica, New York to parents that had recently emigrated from Italy to the United States. His name was later anglicized to Mike Roberts In 1907, Roberts In 1917,  began his professional basketball career with the Schenectady Continentals. In 1909, Frank Basloe signed Roberts to play for his Herkimer team in the Mohawk Valley League. Roberts was one the first greatest  “running” guards in the nearly years of professional basketball .  He handled the lumpy, misshapened basketballs of the era with aplomb and was a accurate shooter who always served as a team’s designated shooter in an era when one player shot all of a team’s  free throws. Roberts’s combination of  talent and charisma made him one of the most popular early basketball stars. For over a decade,  Roberts joined Basloe’s Globe Trotters  on their annual 80-100 game junkets into the midwest. In 1921, Roberts signed a lucrative contract as player -coach for a team in Muscatine, Iowa.