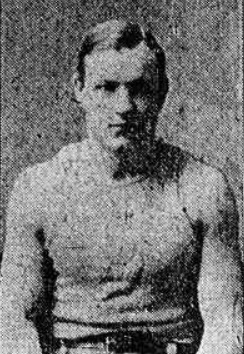 During his nineteen year pro career basketball career, Mike Smolick built a reputation a  good shooter, an accurate passer and a well-respected teammate.  He first came to prominence  as the captain of the  the Rockville Centre Wizards,  one of the top independent teams in in the metropolitan New York City area.  In the cozy Rockville Centre Club Auditorium on Long Island, the Wizards   were nearly unbeatable from 1913 until 1917.  In 1918, Smolick  began a four-year stint with New York Celtics and played a prominent role in the Celtics’ transition from a good team to a great team. During the  1919-20 season, the  Celtics  lost just four of 69 games. During  the final years of his career in the early twenties,  Smolick still ranked among the best players in the New York State League.